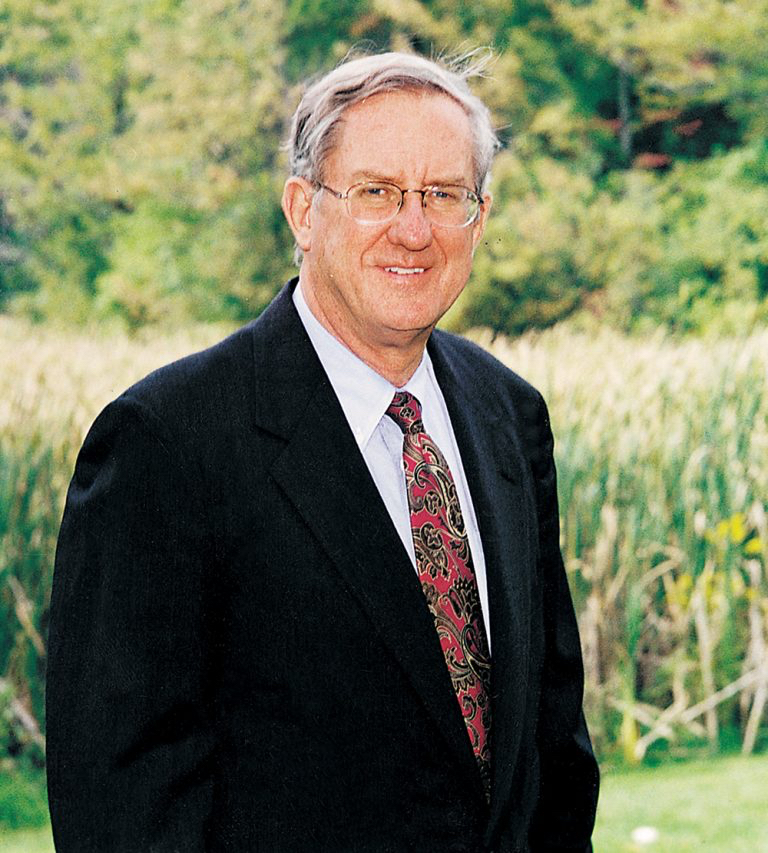 This photo of Jerry Mix was his longtime column photo. PHOTO: PMP ARCHIVES

Pest Management Professional is saddened to report the loss of one of its most legendary staffers. Jerry Mix, age 82, passed away June 15, 2021. The 6-foot-6-inch Mix — never able to disappear completely in a trade show crowd — was inducted into the Pest Management Professional (PMP) Hall of Fame in 2005. It was an honor he had no idea he’d be given when he helped launch the event for the magazine, then known as Pest Control, in 1996. As the article written at the time of his induction chronicles:

Mix was born to be a journalist, coming into this world on March 19, 1939, in Toledo, Ohio. His father, Nelson, worked for The Toledo Blade, the area’s most-visible newspaper. Trips to the office to visit his dad instilled a love of writing and journalism… In pursuit of his dream, Mix earned his bachelor’s of science degree in journalism from Ohio University in Athens, Ohio, in 1961.

Like many aspiring journalists, he bounced around from job to job early in his career. After spending some time at The Newark (Ohio) Advocate and The Mansfield (Ohio) News Journal, handling sports and general reporting, he moved into the world of public relations, serving Bowling Green (Ohio) State University and Defiance (Ohio) College. He moved onto Whirlpool, the Illuminating Co. (an Ohio energy firm) and then Diamond Shamrock.

But it was in the pest control industry where Mix found a more permanent home.

Of course, as Mix is quick to point out, he didn’t become an industry institution on his own. He praises the pest management professionals (PMPs) who helped him along the way.

“I’ll never forget my first National Pest Control Association meeting in 1982,” Mix says. “I knew no one there — until I met a man named T. Roy Young (owner of Young’s Pest Control in Tampa, Fla.).

“He told me that if there was anything he could do for me, to call him — so I leaned on him in those early years,” Mix says. “He was invaluable to bringing me up to speed on the industry and its issues.”

Mix spent the next few years of his tenure traveling around the country and visiting as many PMPs as he could. He came away from those meetings with the sense that the magazine was too technical to reach the broad audience of PMPs.

“When I first came to the magazine, it read like an academic journal,” Mix recalls. “It’s not that that positioning was bad, but I discovered as I talked to people that our audience had trouble accessing the information in the magazine because it was written so scientifically. I decided that I wanted to change that.”

So in the tradition of hundreds of journalists before him, Mix and his colleagues went about the task of taking complex issues and putting them into laymen’s terms. Mix says his greatest satisfaction in his job came from being able to report on the enormous changes constantly occurring in the industry in clear, precise language.

He reveled in the process of writing stories for the magazine, something he learned as a newspaper reporter writing on tight, daily deadlines. Mix says the newspaper business taught him how to write quickly and accurately, two skills that served him well as Pest Control’s editor.

… Mix was promoted to publisher in 1992, and spent 10 more years guiding the magazine before retiring in 2002. The reputation he’d built in the industry for honesty, integrity and humanity served him well as publisher as he helped suppliers reach PMPs.

Mix leaves behind his beloved wife, Nancy, three children, two stepchildren, five grandchildren and two siblings. He loved traveling, spending time with family, his dog, Buddy, and friends. “But most of all,” his family notes in his obituary, ” Jerry loved fishing on Lake Erie with Nancy or a willing fishing buddy for the day.”

Services will be held at a later date. Arrangements are in care of Sunset Chapel, 6245 Columbia Road, North Olmsted, Ohio. In lieu of flowers, donations can be made to the ALS Association and the American Stroke Association.

Online memories and condolences may be left on Jerry’s memorial page at SunsetFuneralandCemetery.com.