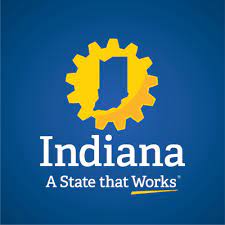 “I’m honored to recognize these dedicated Hoosier business leaders who have created a lasting impact not only on their communities but to the state as a whole,” Holcomb said in a news release. “As we continue to attract new jobs and investment to Indiana, these well-established businesses will set the tone for a Hoosier economy dedicated to hard work, constant improvement and strong community roots. I’m confident these businesses will continue providing great service and keep Indiana on the path to success.”

ABOUT ARAB TERMITE AND PEST CONTROL

Per President Sid Shah, “In the early 1900s, Dr. Allen, an entomologist, developed a chemical for mothproofing expensive Oriental Rugs from carpet beetles, but he had no knowledge of marketing (Editor’s Note: His first name has been lost to history). So, he asked his friend Mr. Herman B. Jordan, a businessman from Indianapolis, to assist him in marketing the product to the public. Both friends had a good product, but needed a marketable name. They knew the name had to be catchy, distinctive, colorful and descriptive. After much work and contemplation, Arab (pronounced AA’rab) a term derived, in this case, from the theme of the Arabian Nights was created. The new label had romantic flair, illusions of flying Persian carpets and mysteries of the East. Then came the well-known [tagline], ‘See a bug… call Arab.’ Jordan and three employees would walk the streets knocking on doors, giving free pest control inspections, and offering free inspections to their family and friends. Once Arab performed a satisfactory job, they always asked for referrals. The business was growing steadily, and then came the Great Depression of 1929. Dr. Allen and Mr. Jordan were in fear of losing everything, so they decided to set up a private corporation to limit Arab liabilities. That’s how Arab Termite and Pest Control, Inc. was incorporated in 1929. However, the Arab name is over a century old. The Arab name has survived the Great Depression, both World Wars, the Vietnam War, several recessions, and the coronavirus pandemic of 2020. The Arab logo is still standing after over a century.”

Per the company website, Founder Dean Hatfield began his career in pest control at the Kingsbury Ordnance Plant during World War II as the superintendent for roads and grounds. Therefore, he was in charge of all pest and weed control throughout this major facility. After the war, he began using his skills in the business community and soon had a varied and extensive group of clients. Greg Campbell had already worked in the pest control field for seven years and had a degree in entomology from Purdue University when he was approached by Hatfield to take over the business in 1980. Campbell’s daughter, Carrie, purchased the company from him in 2015. As president, Carrie Campbell is a certified technician and is active on several community boards as well as the Indiana Pest Management Association.