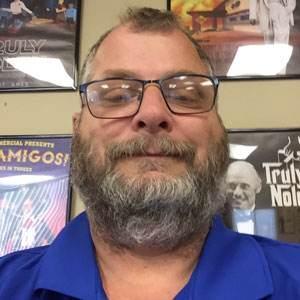 “I am most excited about building a strong team and providing great customer service to our clients,” Thomas said. “My favorite thing about working for Truly Nolen is that every day brings its own challenges and situations where we can help people.”

Thomas joined Truly Nolen in March 2017 as an account manager for the company’s commercial service office in Tuscon. For the past four years, Thomas was the top salesperson in the company’s western U.S. commercial district. He was also the commercial sales trainer for new sales reps, managers-in-training and franchisees. Prior to joining Truly Nolen, Thomas was a district executive with the Boy Scouts of America Catalina Council in Tucson.

“Keith’s ability to connect with people, find solutions, and help other team members grow made him the perfect choice to manage this unique market,” said Jim Pitt, Truly Nolen’s commercial district manager. “I am very happy he is part of our team and look forward to watching his continued success.”

Founded in 1938, when Pest Management Professional Hall of Famer Truly Wheatfield Nolen (Class of 2006) purchased a small company called Economy Exterminators, Truly Nolen of America is one of the largest family-owned pest control companies in the United States. Truly Nolen has more than 80 branch offices in Arizona, California, Florida, Nevada, New Mexico, Texas and Utah. The company also has independently owned and operated franchises in an ever-growing number of territories, including Kentucky, Georgia, New Jersey, Canada, Puerto Rico and more than 60 countries.