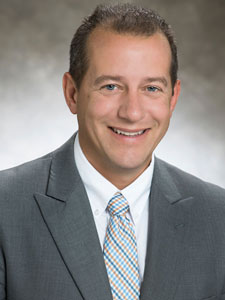 Keough joined Massey Services in 2016 as a general manager in training. In 2017, he was promoted to general manager of the Leesburg, Fla., service center, and had been with the Central Villages center since 2019. Prior to joining Massey Services, Keough served as an executive team leader for multiple teams at Target Corp. for 16 years, and produce manager at Publix Supermarkets for 12 years. He holds a bachelor’s degree in business administration from Western Governors University, Salt Lake City, Utah.

“Shawn is an outstanding contributor and leader,” President Tony Massey said in a news release. “He has demonstrated a dedication to service excellence and customer satisfaction, along with a commitment to team member growth and development. We congratulate Shawn on his well-deserved promotion, and look forward to his contributions in our Southwest Florida region.”

The company was founded in 1985 by Harvey Massey, a 56-year veteran of the pest management industry and a Pest Management Professional magazine Hall of Famer (Class of 2008). Celebrating more than 36 consecutive years of profitable growth, Massey Services and its subsidiary organizations employ more than 2,400 team members and operate approximately 2,300 vehicles that provide residential and commercial pest prevention, termite protection, landscape and irrigation services.