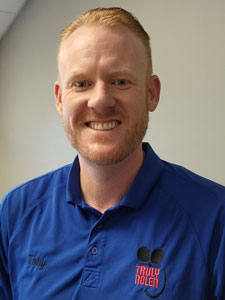 Prior to joining the company last August, Boyle had extensive retail industry experience, including 12 years as a general manager with Staples. Before that, he spent three years as a store leader with PetSmart and one year as a manager with Men’s Wearhouse.

In addition to his work experience, Boyle is a singer-songwriter who has written more than 100 songs, including his most recent song called “Me or the Melody.” Boyle has an associate degree from the Los Angeles College of Music, Pasadena, Calif.

“I am looking forward to maintaining a healthy internal culture and helping those in our community resolve their pest concerns,” Boyle said in a news release. “My favorite thing about working for Truly Nolen is working for a family-owned company where an individual’s progression is not limited.”

“Following his completion of his MIT training this past March, Tony was a great asset as the assistant manager for Moreno Valley in April and May,” California District Manager Lee Blair said in the news release. “He has also embraced our company’s core values and culture, and I know he is definitely up for the next challenge.”