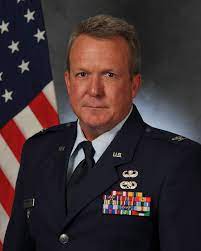 Discipline and accountability. Service before self. These are the traits that defined David Cooksey, a retired U.S. Air Force Colonel, and former member of the NPMA PestVets Council, and CFO of McCall Service operating in Northern Florida and Southern Georgia. The sudden and unexpected passing of David Cooksey was shocking to the PestVets Council, as David was a key member of the Council who never missed an in-person meeting or event.

“I was saddened to hear of David’s untimely passing. His contribution to the U.S. military, and the pest control industry on both the state and national level, was immeasurable. He will be dearly missed by us all,” Joe Campbell, PestVets Council Chairman and Senior VP of the Residential Department at ABC Home & Commercial Services DFW, said in the news release.

“I’m not much for words and emotions, but I was very saddened to hear about David’s passing. I know he was selfless, and his contributions to the military and pest control industry were both great. I know all will miss him a lot.” Jeff Keller, PestVets Council Vice-Chairman and Technical Director of Burns Pest Elimination, said in the news release.

“I stand and salute him for his service to this country, and his unbridled dedication to veterans. I am certain that he will be so sorely missed by so many,” Dr. Stan Cope, PestVets Council Member, 2021 PestVet of the Year Award recipient and AP&G Co. VP of Technical Products and Services, said in the news release.

FMC, the sponsor of PestVets, will deliver the first David Cooksey PestVet of the Year Award at the NPMA Legislative Day 2022 event in Washington, D.C.