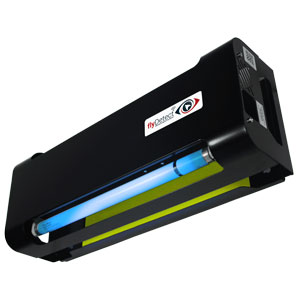 At the recent “Made in Yorkshire” awards ceremony, British pest control product manufacturer PestWest was announced the winner of the Digital Engineering/Technology Award for its flyDetect product. The ceremony and dinner event was hosted by Insider Media Ltd, the publisher of Yorkshire Business News, and took place at the Hilton Hotel in Leeds.

“We are so pleased that PestWest has been recognized for the technology we have used to create flyDetect. It has been years in the making, and is the first of its kind in the pest control industry,” PestWest Business Director Fred Hurstel said in a news release. “Flying insects contaminating products remains a significant issue for many industries, and early identification of potential flying insect problems is a huge benefit, where zero tolerance of insects is required.”

He continued, “During the current pandemic and ongoing, it is especially important that hospitals, manufacturers, and pharmaceutical industries have the peace of mind that insect detection is being taken care of whilst keeping their staff safe, and flyDetect allows them to do this via remote monitoring.”

flyDetect’s 24/7 remote monitoring system has a built-in high-resolution camera that captures the entire sticky board. The product is designed to send immediate notifications of emerging infestations. The capture thresholds can be tailored to the sensitivity of the situation in which flyDetect is being used, making it ideal for industries such as food manufacturers and pharmaceuticals, the company says.

In 2001, a separate company, PestWest USA, was set up to look after the American market, which PestWest had entered in 1993.

Use glue board as evidence to treat stored product pests