Do what it takes to prevent hitchhikers

My customer, the owner of a single-family home in suburban New Jersey, was an Army veteran and competitive marathon runner — and not one of those “I’m just here for the T-shirt” guys. He said a former roommate had brought in bed bugs a year ago, and he still occasionally saw insects despite self-treating to get rid of them. He was interested in heat treatment, a control method we were just getting involved in at the time. A quick inspection of the customer’s home revealed bed bug activity, even though the homeowner had no bites. He approved the price and we set a treatment date. Here’s where the fun begins!

On game day, my crew and I showed up at 8 a.m. We began moving items around to make space for the heaters and fans and noticed everything was moving. We could not touch a piece of furniture without getting the insects on our hands or clothes. It was truly gnarly. We even shot video of it, which you can watch on YouTube.

At this point, the entire crew was consigned to their fate and spent as much time as possible loitering in front of the heat fans. Every time we went in to reposition the fans and heaters, everything was still moving! We had this place at an ambient 145°F, but whenever we flipped a cushion and found a cold spot, there were dozens of bed bugs that immediately started doing the heat death dance. It was totally wild! 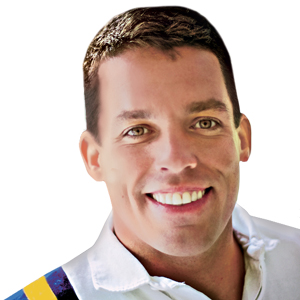 We cooked the heck out of this place until all cold spots were eliminated. Before we took the heat equipment out of the house, I created a heat zone in the dining room using three heaters and a half-dozen fans all pointed to the center of the room. We covered up all of the windows with tarps and the entire crew took turns going into the dining room, stripping down to their skivvies, heating themselves and their clothes — right down to their shoes and wallets — until a 10-minute timer went off. Despite being thoroughly grossed out, no one had any hitchhikers and ultimately, the treatment was a success. It’s not too often you get naked on the jobsite under the boss’ orders!

When I heard from the customer a couple months later, I asked how his marathon prep was coming along. He said he had been setting personal records on a weekly basis for the past two months or so, but was mystified by the sudden uptick in performance.

“It’s easy to run faster when you don’t have to start every morning making a half pint of blood for what was stolen overnight,” I responded.