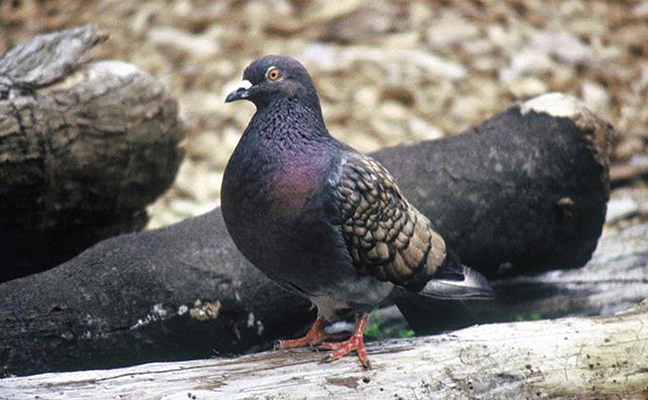 Pigeons are often jokingly referred to as “rats with wings,” and can be persistent pests.
(Photo: Lee Karney, US Fish and Wildlife Service, Bugwood.org)

Every region in the United States (and any other country, for that matter) has many different pest bird species. Pest management professionals (PMPs) in the northeastern United States recognize pigeons (Columbidae) and seagulls (Laridae) immediately as significant causes for concern when they begin to appear around an establishment, as they thrive in urban and suburban areas. In the Midwest, farm owners keep an eye out for pests such as crows (Corvidae) and grackles (Quiscalus spp.), as these birds cause damage to corn crops.

Some bird control methods will work regardless of bird type, one example being bird netting. However, other control methods require knowledge of exactly with which bird species a location is having issues.

Larger birds, like crows, turkey vultures and geese, are controlled in different ways than smaller birds, such as sparrows, chimney swifts or starlings. For starters, if one were to install bird spikes on the signage of a building, the larger birds would no longer be able to land there, thus solving a larger pest bird issue. However, if the pest bird was one of the smaller bird species, you do run the risk of them adapting by nesting in between the spikes.

If you think size is the only reason bird species identification is essential, however, you should keep reading.

Starlings and grackles are very close in size and mass, are sometimes mistaken for the other, and are found in the same region. However, if you were only to install a single visual scare device to remedy the two species of pest birds, you would find the grackles returning after not very long. The reason for that is because grackles are intelligent enough to figure out when something isn’t a real danger to them. Usually, when trying to eliminate grackles, you would need to install more than one type of scare tactic, such as visual and auditory, or install something more protective, such as electrified shock tracks or tension wire systems.

Another reason to ensure you know precisely what bird species is causing a problem: It saves a client money and resources. As stated before, bird netting, in addition to ledge modification, can resolve nearly every pest bird issue one might come across, both on the residential and commercial side. However, these control methods are often the most expensive. Proper bird species identification is a critical step in determining the proper bird control scope of work.

R. Brett Madden, Esq. is president and founder of Tinton Falls, N.J.-based AviAway Bird Control Services, which provides bird control services and consulting throughout the United States and Internationally. He may be reached at brett@aviaway.com. Check out AviAway's video library on YouTube of bird control projects for examples and various bird control methods.