Do what’s right, not what’s easy 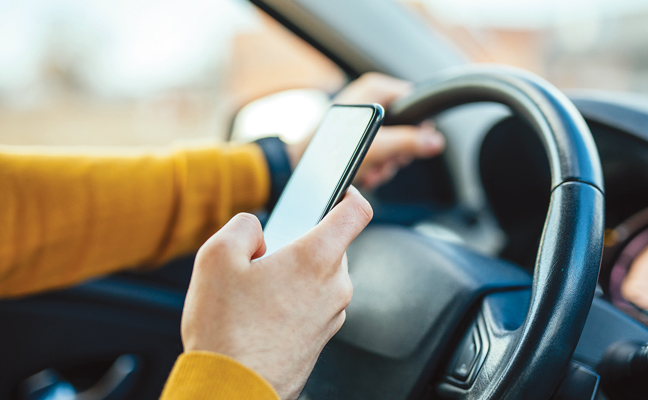 About 20 years ago, when I was a technician for my dad’s pest control company, I was running late because the office staff had given me the wrong address. When you are driving through Chicago, Ill., there is a big difference between 4000 N. Austin and 4000 S. Austin.

Anyway, I was running almost an hour behind schedule and I was fuming. As I approached a stop sign, I glanced down at my map book — remember those things? — to see whether there were any shortcuts I could take. I was still looking down at my map book when I took my foot off the brake and let my pickup truck roll forward. Just as I was ready to step on the gas and accelerate, I felt a bump.

I looked up in time to see a young man rolling on the hood of my truck.

When I ran over to him, I realized he was not hurt, thank God. His bicycle, however, was another story.

As I sat him down on the curb, I told him we had to call the police.

His eyes got big as saucers: “No police!”

But my mom, dad and stepdad did a good job raising children with ethics, morals and integrity. I shrugged my shoulders and repeated to the young man that I had to call the police. He pleaded with me not to make the call.

After 10 minutes of talking, I learned he had been on his way to work at a local restaurant when our two paths literally collided. I told him that the least I could do was take him to work. So I loaded his broken bike into the back of my truck and drove him to his job. He thanked me, and I proceeded to drive to my client with both hands on the wheel, not caring that I was now 90 minutes late. 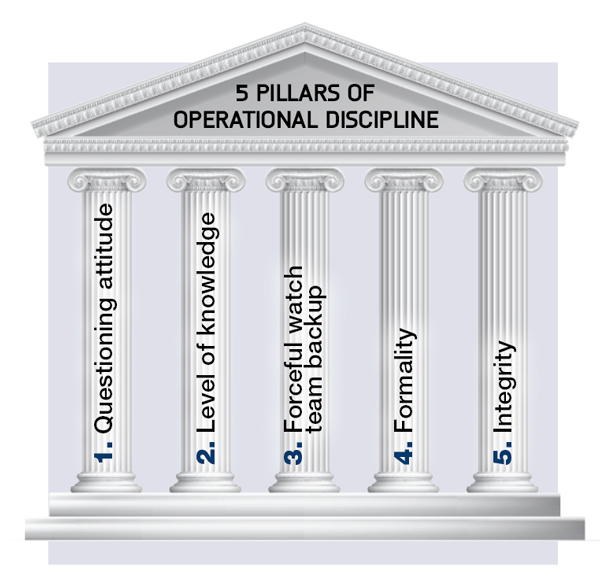 At Schopen Pest Solutions, we work with operational integrity. I want each of my employees to be able to look in a mirror at the end of each day and know they gave their absolute best effort for me, their teammates and their clients. The effort that they put forth on the job was honest, done the right way and with urgency.

We based this way of working on the “5 Pillars of Operational Discipline” from business consulting firm Wilson Perumal & Co. (see box at right). Basically, we believe our employees should be doing three things at all times:

1. Know what the right thing is to do. As the owner, I need to help my employees increase their level of knowledge through training and teach them that it is OK to ask questions, especially if they don’t have the answers to a particular problem or situation.

2. Be willing to always do the right thing. This goes back to integrity. I’ve explained to my employees that people who do the right thing, even when no one is watching, are the type of people we want at our company.

3. Ensure others always do the right thing. At Schopen Pest Solutions, accountability is huge. No one likes to clean up the mess of another employee. As a result, our staff is very good at coaching and teaching. We do it through sharing pictures from jobsites, hosting small group meetings, and training one-on-one. Complaining isn’t going to solve the problem; coaching is.

One could even argue that the oldest form of accountability is the pair of stone tablets God gave Moses with the Ten Commandments etched into them. “Thou shalt not kill bicyclist with inattentive driving” is my personal favorite.

Speaking of bicyclists, later that same day, after my nerves had settled down, I went to a store, picked out a brand-new bike, and drove back to the restaurant. The guy that I hit was a short-order cook, so he saw me as soon as I walked into the establishment. I beckoned for him to follow me outside, where I apologized again and then gave him his new ride. He was incredibly grateful and shook my hand.

What part of operational integrity did I learn that day? “Never drive with a map book open on my lap.” That rule has since evolved into “never text and drive.”

Every lead is a potential sale

The importance of the sales process