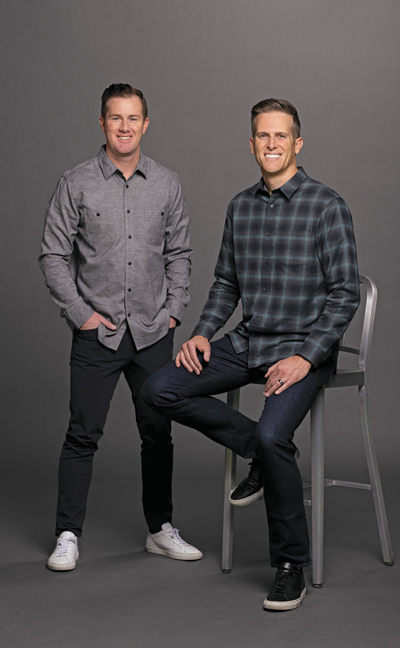 It’s 2001. An ambitious young man takes a door-to-door sales job part-time for a pest control company to pay for college. Over the course of four summers, he knocks on more than 60,000 doors.

“It’s an extremely challenging job mentally, and the rejection is brutal,” he says today, “but I loved the ability to be paid what I was worth in a commission-only job.”

That man is David Royce, co-founder and chairman of Aptive Environmental. It’s his fourth pest control business, after having licensed Moxie in 2005 and selling to Terminix in 2008. The two companies he started after that — EcoFirst, 2008-2011, and Alterra, 2012-2015 — also were sold to Terminix. But as Aptive nears its sixth anniversary, Royce notes he’s in it for the long haul.

Like Royce, Aptive co-founder and CEO Vess Pearson is no stranger to door-to-door sales. The experience has served the duo well, as they fine-tune the sales process to attract and retain employees. At the same time, Pearson says, they also are fine-tuning their initial focus “from being a sales company that offers pest control to a pest control company that also provides exceptional customer service.”

“Happy employees lead to happy customers, so we prioritize treating our employees right so they in turn provide the best customer experience possible,” Pearson adds. “Dave and I have worked to cultivate a culture and team that consistently pivots to help Aptive achieve that goal.”

By tying sales to recognition, compensation and progression, Royce says, “We’ve taken a lackluster sales job and made it sexy, gamifying the work and turning our representatives into ‘sales athletes.’”

Aptive’s growing success in customer sales and retention have been buoyed by investments in software and data, Royce points out.

“We’ve spent millions of dollars annually building out our in-house software to boost sales, facilitate sales competitions across the country, increase sales efficiencies, and even increase the quality of doors knocked to better retain customers,” Royce says. “Every company is a technology company; some just haven’t realized it yet.”