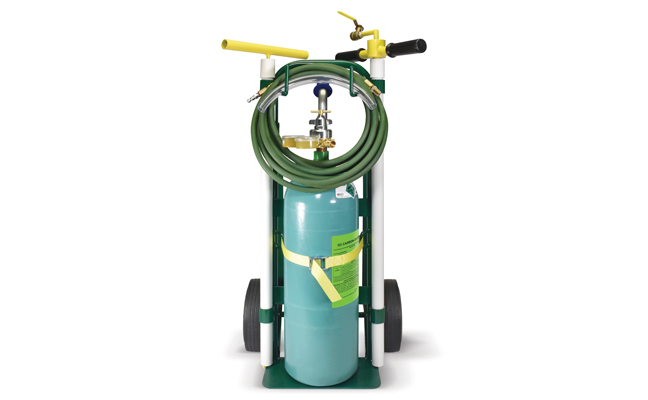 IGI Carbon Dioxide and the Elimination Application Probe together form a rodent control system for pest management professionals without the risk of secondary poisoning. PHOTO: LIPHATECH

Liphatech Inc. will purchase all assets of Inert Gas Injection (IGI), LLC. The assets include its U.S. Environmental Protection Agency (EPA)-labeled carbon dioxide along with the Eliminator Application Probe that together form a rodent control system for pest management professionals (PMPs).

Currently named IGI Carbon Dioxide (IGI CO₂), the system, which must be used only with the Eliminator, is specially designed to kill burrowing rodents such as rats, ground squirrels and pocket gophers, where they live.

“The pest control industry is under constant review and scrutiny. Liphatech’s goal is to stay ahead of the changes; that is, to provide PMPs with the innovative tools they need to control rodents and other pests – while significantly reducing the risk to non-target animals,” said Charlie Passantino, structural pest control business director at Liphatech. “IGI CO2 powered by Liphatech is effective against the species listed on the label and is a compelling option for PMPs looking for alternative methods for controlling rodents.”

IGI CO2 is colorless, odorless, tasteless and since it’s heavier than air, it quickly forces oxygen out of rodent burrows, asphyxiating occupants of a burrow.

IGI CO₂ powered by Liphatech is intended for long-term deployment at the global level. It is not yet registered or available in all 50 states.