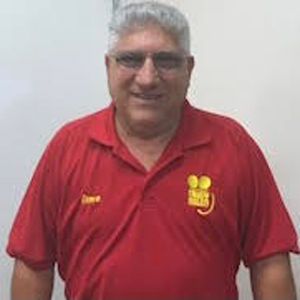 Gitlin joined Truly Nolen in April 2021 as a manager-in-training. Prior to joining the company, he spent the last 14 years working as a branch manager for another pest company in Fort Myers, Fla. From 1996 to 2006, he owned Town and Country Pest & Termite Control, which served customers in both Ohio and West Virginia.

Gitlin has about 38 years of experience in the pest control industry in positions ranging from technician to branch managers covering both sales and service departments.

Some of Gitlin’s new responsibilities will include helping the service office gain more visibility with the local Bonita Springs community as well as instilling the company’s core values throughout his team.

“I am excited about my new role mainly because of it being a new challenge with a new company,” Gitlin said. “The best thing about working with Truly Nolen is they believe in taking care of our customers as well as our partners and they believe in holding a high standard of excellence in our industry.”

“Steve’s extensive pest control managerial experience, attention to detail, belief in our core values, and strong drive for excellence made him a perfect fit for his new role,” said Dave Scott, District Manager, Southwest Florida. “We are extremely fortunate to have him as a member of our Bonita Springs team.”

Founded in 1938, Tucson, Arizona-based Truly Nolen of America is one of the largest family-owned pest control companies in the United States. Truly Nolen has over 80 branch offices in Arizona, California, Florida, Nevada, New Mexico, Texas, and Utah.