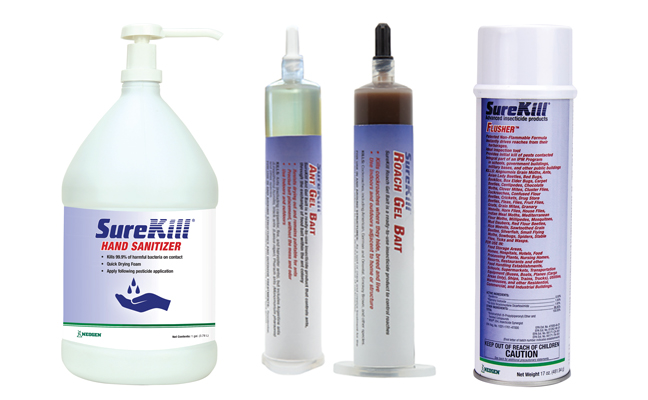 The Neogen name has become synonymous with its SureKill product line for pest management professionals (PMPs). The SureKill brand encompasses a dozen diverse, but effective insecticide products such as SureKill Dia-Py Insecticide Dust, which offers both quick knockdown and long residual, and its newest offerings, SureKill Ant Gel and Roach Gel baits.

Lucky for our industry, Neogen has been in such environmentally sensitive industries as food and beverage, healthcare and pharmaceutical laboratories for years. The Lansing, Mich.-based manufacturer has an entire public health portfolio. Thus, being able to offer products like the SureKill Hand Sanitzer for PMPs was relatively easy.

“Many PMPs are not familiar with Neogen outside of pest control, but we’re a world leader in food safety and animal safety,” notes Casey Prewitt, national sales manager of Neogen’s Professional Pest Management division, which is based in Lexington, Ky. While this division has only been in existence for six years, the company itself is 40 years old, he says, and has leveraged its manufacturing abilities to grow the division quickly.

“We’ve introduced a total of 18 insecticides, rodenticide and disinfectants to PMPs since 2015,” Prewitt says. “And we’re here to fully support the pest control industry.”

A prime example, he notes, is the patented SureKill Flusher: A dry fog aerosol that instantly flushes and kills bed bugs, cockroaches and other insects from deep harborage. Labeled for use in food-processing plants as well as other commercial and residential accounts, its non-flammable nature can provide peace of mind around ignition sources like gas appliances, Prewitt says.

“We are committed to developing and bringing to market industry-leading chemistries like our SureKill gel baits, with their exclusive matrices and dual mode of action,” he continues.

Jenna DePaull serves in the newly created role of Neogen Professional Pest Management marketing manager. She notes that the rapid rise in popularity for the SureKill brand has made the division grow accordingly. “We have added territory managers in Arizona, Oklahoma, Rhode Island and Florida, just in the last three years,” she says. A new Midwest territory manager will join by year’s end.

“We’re focused on growing this brand alongside with helping our PMP customers grow their businesses,” DePaull adds. “In-the-field support is key for us to meet the needs of our PMPs and continue to support their future growth.”

Prewitt points out that because Neogen has such a broad base of pest control solutions, on weekly calls with the Professional Pest Management sales team, “We have the mindset that every PMP can use at least one of our many SureKill products in their business.”

Take, for example, the increased focus on cleaners, disinfectants and sanitizers. These products were not a priority for many PMPs, but since the pandemic began, they have grown in importance in both commercial and residential accounts. These products assist in eliminating pest harborage areas within many critical customer environments, in addition to providing protection in public health areas.

“All the industries Neogen serves have the common thread of biosecurity,” Prewitt continues. “When it’s insects, rodents or viruses, the ability to control and protect is our top priority as a company.” 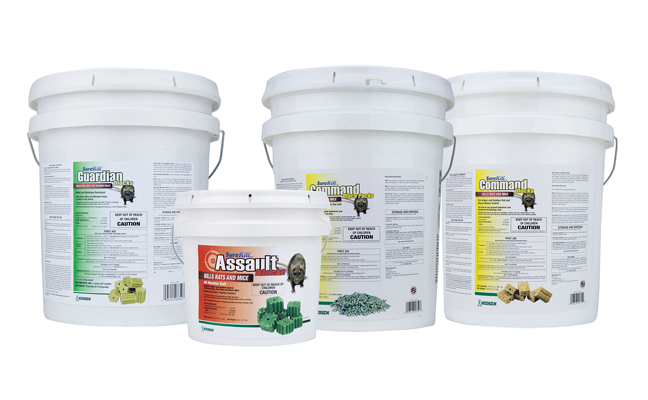 DePaull points out that SureKill’s tagline is “One Brand, Endless Protection,” and future products and programs are being developed with that philosophy in mind. In addition to adding more solutions for insect and rodent control, and disinfection and sanitization products, plans call for adding more education and training to the mix in 2022 and beyond, she says.

“We’re dedicated to being responsive to our customers, whether it’s on social media, by email or phone, or in-person whenever possible. We’re happy to train a company’s technicians on-site on how to best use our products, for example,” she says. “Because we’re U.S.-based, we are able to be more nimble about working with customers and implementing feedback. For next year, we’re developing even more training opportunities, both online and at events.

“We like to think we are already highly engaged with our customers,” she concludes, “but we want to take it even further to be their partners in success.”

NEOGEN AT A GLANCE

1981: Venture capitalist Ted Doan, along with Jim Herbert, a pioneer in the manufacturing and distribution of food safety diagnostic kits, embark on a project for Michigan State University,
which initially invested $50,000 and retained 30 percent of shares. The project is intended to help strengthen the biotechnology community in Michigan. Doan is the grandson of Herbert Dow, founder of the Dow Chemical Co., and served as its president and CEO until he retired in 1971.
1982:The project becomes an official company: Neogen Corp.
1985: Neogen makes its first acquisition, Ideal Instruments Inc., which manufactures veterinary tools. It’s the start of expansion in expertise beyond its initial focus of manufacturing detection kits for E. coli and Salmonella.
1989: Neogen goes public under the symbol NEOG.
1993: An acquisition of a diagnostics company forms Neogen’s Animal Safety (and later, Professional Pest Management) headquarters in Lexington, Ky.
2003:Neogen Europe is created with the acquisition of a Scottish distributor. Neogen also acquires both Hacco and Hess & Clark, which leads to the formation of the SureKill rodenticide line.
2008: Neogen Lantinoamerica is formed with the acquisition of a Mexico City, Mexico-based distributor.
2009: Neogen do Brasil is formed with the acquisition of a Brazilian distributor.
2013: After years of organic growth and acquisition in the food safety and animal safety arenas, the company enters the pest control market with the acquisition of Chem-Tech Ltd. The Pleasantville, Iowa-based plant remains in operation today as the makers of Neogen’s Prozap and SureKill product lines.
2015: With distributor acquisitions, Neogen India and Neogen China are formed.
2017: Neogen Australasia is formed with the acquisition of an Australian geonomics laboratory. Neogen also acquires both Preserve International and Tetradyne acquisition, which leads to the formation of the SureKill line of disinfectants and sanitizers.
2019: Neogen Canada is formed with the acquisition of a geonomics laboratory.
2020: Jim Herbert, who served as Neogen chairman since 2006, and CEO since its founding until 2017, retires at age 79. Jim Borel succeeds him as chairman; John Adent is president and CEO.

Today’s company is still based in the U.S., but has regional offices in 12 countries worldwide.
It has sales presence in more than 140 countries.

Use IGR treatments to protect against SPP