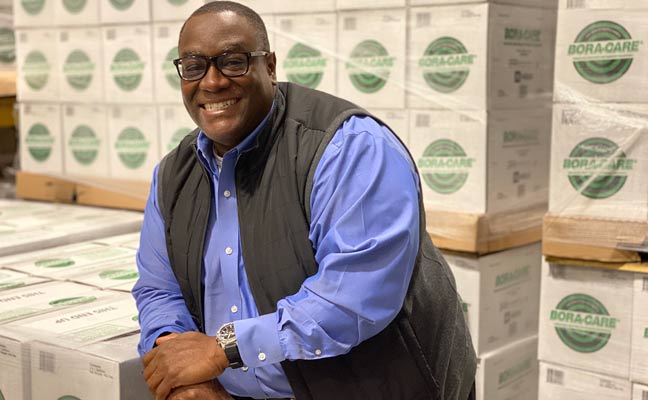 “The opportunity to lead such an outstanding company is an honor, and I am excited about working with all our divisions to move the company into the next phase of our growth,” Barrett said in a news release. “Kevin Kirkland is a hard act to follow; he has guided the growth of Nisus Corporation for 22 years, all while consistently delivering profit and growth and creating three new divisions over his tenure.”

Formerly with U.S. Borax, Barrett joined Nisus in 1999 as director of sales for the western division, when Nisus acquired the sales and marketing rights to the Tim Bor Professional product. In 2009, he was promoted to director of new business development and international sales, where he worked with national builder clients and formed relationships with new builder prospects, focusing on regional and national builders. Barrett also took a leadership role in securing business in the international market.

In 2010, Barrett was named VP of business development, where he was responsible for builder sales with a focus on developing the commercial pretreat market. Barrett worked with architects and specifiers during the design phase, and directly with general contractors during construction. He also worked closely with partner pest control companies to track construction projects. Two years later, he was promoted to divisional VP for Domestic/International Pest Control, where he has been responsible for the sales and profitability of Nisus’ pest control division. For the last nine years, Barrett has dedicated himself to developing a talented, seasoned sales team for the pest control industry, while strengthening relationships with customer and distributors.