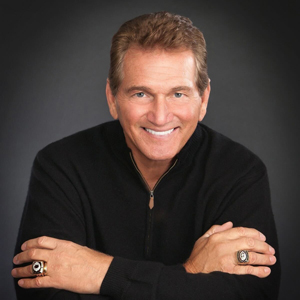 Coalmarch will feature Joe Theismann, a former Washington Redskins quarterback, for the Beyond Service Use Conference. PHOTO: COALMARCH

Prior to his career-ending leg injury against the New York Giants on Monday Night Football in 1985, Theismann led the Washington Redskins to the Super Bowl XVII championship, and was voted the NFL’s Most Valuable Player. He was also twice named both the Pro Bowl’s Most Valuable Player and the NFL’s Man of the Year. After retiring from active sports, he was an Emmy Award-winning analyst for two decades on ESPN’s critically acclaimed Sunday Night NFL broadcast.

At the Beyond Service User Conference, Theismann will share how passion, leadership and teamwork create a comprehensive game plan for success, and how an effective leader empowers individuals to step out of their comfort zone to achieve a higher level of performance.

Coalmarch will be part of the inaugural WorkWave Beyond Service Users Conference, which will take place Jan. 9-12, 2022, at the Renaissance Orlando at SeaWorld in Florida.

The full agenda for the conference will be announced soon. Coalmarch has announced three major focal points for the event, however, including:

Registration is now available for the 2022 conference.

Preview of Coalmarch sessions at Beyond Service Users Conference

Deadline to submit presentations for ICUP