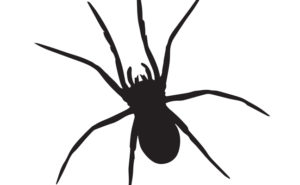 When talking to customers, do you ever use that old chestnut of how we all swallow spiders in our sleep? If so, you may want to rethink the strategy.

There is not exact origin where this legend came from. The more someone looks at this legend too, the less reasonable it is.

According to scientists— and the experience of just about every pest management professional (PMP — most of thespiders living in people’s homes are solitary creatures and are more frightened of us than we are of them. So, it’s not likely a spider will crawl into a person’s bed (or mouth) due to the size and movements of people. Plus, spiders are unlikely to find prey in our beds.

A widely cited Snopes article claims the spider myth spread online after a columnist named Lisa Birgit Holst mentioned it in an article for PC Professional in 1993 about “facts” circulating through people’s email accounts.

Holst said people were too gullible and would accept that anything sent to them as true so she offered a list of fake facts, which included the spider urban legend. Her “source” was a 1954 book on insects. The book is real but doesn’t mention anything about spiders crawling into mouths.

So why would this fact be made up by a magazine writer who is citing a random insect book?

It turns out, the entire story about Holst and her list of fake facts is a lie. Snopes posted a follow-up article where they revealed “Lisa Birgit Holst” is an anagram for “tHis is a Big troLl.”

The Lisa Birgit Holst article was printed in April 2001 when the internet was a different place and was considered as something silly for their long-time readers who would be in on the jokes. Snopes claimed to have trolled their readers to show how easily lies can spread on the internet and ironically ended up spreading misinformation in the process.

Even a quick Google search will reveal sources that still cite Snopes’ joke claim about the origin of the spider myth and reject his well-known “fact.”

Since this one’s been debunked, what is a typical “industry insider” bit of wisdom that you often share with customers? Sound off below or email us at pmpeditor@northcoastmedia.net.