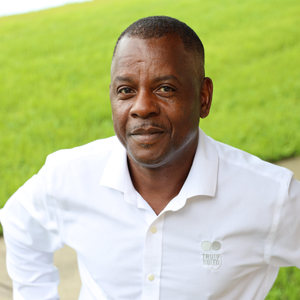 Washington, who will be the 11th member of the team, will remain based out of the company’s Florida operations headquarters in Orlando, Fla., and will continue to report to Matt Wild, CEO and member of the executive team.

Washington first joined the company in 1998 as a pest control technician at the Fort Myers, Fla., service office. Over the next two decades, Washington became a manager at five Southwest service offices (Marco Island, Naples, Bonita Springs, Lehigh Acres and Fort Myers) and a district manager covering Southwest Florida and parts of Miami.

“Career Pathing for me was sometimes very challenging but well worth the personal investment,” Washington said. “I once told Mr. Nolen that I would be a leader in his company one day and my goal was to be part of the team that helps make the decisions to move our company forward and take care of our customers and team members.”

In September 2018, after managing the company’s Orlando, Fla., branch, Washington was promoted to the director of franchising.

“Lance sets his sights high and pursues his goals with ambition and passion. Immediately upon taking the helm, he began raising the level of service and professionalism within the Division and his business acumen has helped our franchisees improve their results,” Wild said. “Lance’s leadership has created a collegial and collaborative community among our franchisees.”

Prior to joining Truly Nolen, Washington spent 17 years with PepsiCo, where he ran several different distribution locations in multiple Florida cities and eventually took over as the operations manager in Fort Myers. In his spare time, Washington is a member of the Orlando united Gold Club, which mission is to share their love of the game with people that may not have access to the sport.

“What I’m most excited about with my new role is being part of a great team that helps shape the direction of the company and having a voice that can influence decisions that will help make things better for our partners,” Washington said. “My favorite thing about working for Truly Nolen is the people I work with and the relationships I have made over the past 23 years.”