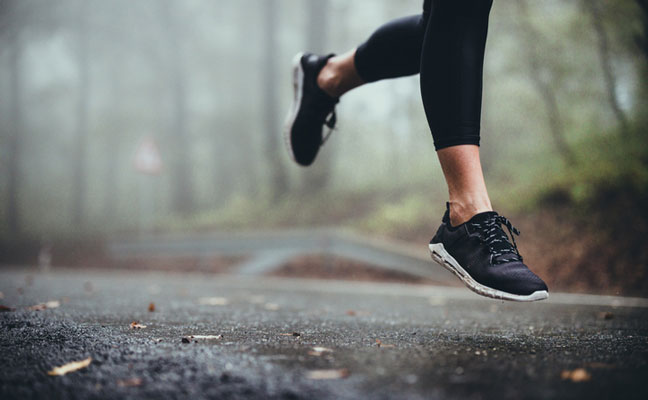 Elite runners know when to quit. If they see that they are out of contention in a marathon, they will stop running rather than risk injury. This also allows them to keep their bodies fresh and be better prepared for the next race.

Now, I’m no elite runner, so I never believed I had to follow their training plans. I always believed the true test of a runner is to push yourself to get through any run no matter how painful. Isn’t that what running is all about?

I was so excited to do my first run of 2021. It was a new year and a beautiful winter morning for a run. But from the very first steps, I felt a strange pain and tightness in my hip. This wasn’t totally unusual, as many times you have some aches and pains until you get moving. And I’ve certainly found this is much more common the older I get.

So I pushed on. But this time, as the miles added up, the pain didn’t go away. Instead, it intensified with every step. I tried stretching on the side of the road, but nothing helped. The one rule I always follow is to know it’s time to quit if the pain changes your gait. I was hobbling so bad, it was clearly obvious I needed to stop.

If only I followed the lead of the elites and stopped a little earlier, however. The injury refused to heal and lagged on for months.

What is it that makes us feel that we are a failure anytime that we stop?

Twenty years ago, our business was stagnant and we were looking for new areas of growth.  I recently moved out to the suburbs of New Jersey, and we felt offering lawn services where I lived would be the perfect solution.

How right we were! The business took off from day one. Soon, not only were we doing lawn spraying, but we began lawn cutting services and even began full landscaping projects.

Yet, just like my first run of 2021, the warning signs were there from the very first steps. We made a huge mistake on where we set up the business. Our core pest control business was in New York City, but we began the lawn services one to two hours away in suburban New Jersey.  At the time, money was tight. We couldn’t afford to hire the proper managers, so I tried to manage both businesses simultaneously. I would spend early mornings getting the lawn and landscape teams out, then rush into the city, only to rush back mid-afternoon. It was ridiculous. All I did was give a half effort to both businesses. Not surprisingly, neither business fully flourished without the full attention it required.

We stuck with the lawn and landscape services for two years until we eventually gave it up. At first, I felt like a failure. I was second-guessing myself and thinking of everything I could have done differently.

But then something magical happened. Just like those elite runners who quit one race and then regroup and totally crush their next race, I was now totally refreshed and focused. I was able to put 100 percent of my attention and effort into our pest control business, and it immediately began to thrive. We began to grow at rates I never thought were possible.

Quitting isn’t a bad word, because we are not really quitting. We are simply redirecting our energies in the right direction. Quitting may mean switching from a computer program that no longer works for you. It may mean saying no to that customer asking you to do a service you can’t properly provide. You are not quitting; you are being that elite runner and will be ready to take on all the right challenges.