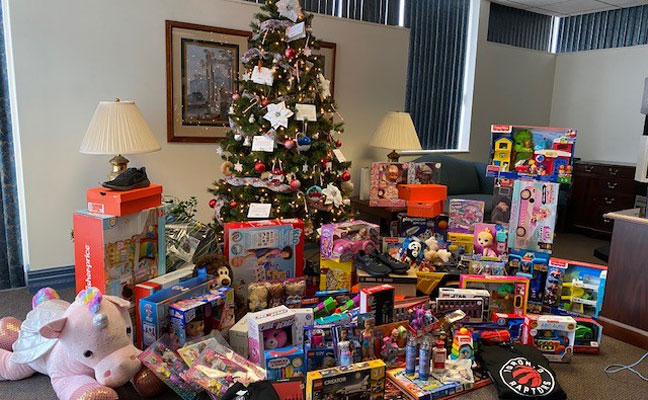 Etobicoke, Canada-based Gardex hosted its first annual toy drive for customers, suppliers and staff to donate during during the holiday season.

During the past year, businesses opened again, and the summer’s high insect population increased the need for pest control.

Karen Furgiuele, president of Gardex, started supporting a shelter serving women in need of a safe space to live. Many of these women have children to care for, with ages ranging from newborns to teenagers.

Furgiuele had the idea to start a toy drive to help these families and to allow the children to have presents for the holidays.

She said in a news release that the company appreciates the support shown for the first annual toy drive.

Dozens of pest control companies and suppliers contributed to the drive with toys, clothing, gift cards or generous cash donations. Gardex also donated a gift card for each woman living at the shelter, according to a news release.

“The 2021 holiday season certainly brought out the spirit of giving and supporting each other in these difficult times,” Furgiuele said in the news release. “We are overjoyed at the support shown for the First Annual Toy Drive.”

All the toys collected at Gardex will be taken to the shelter the week before Christmas.

Founded in 1977, Gardex provides quality service and products for the pest control industry. The company offers products to pest management professionals though the Gardex Brand chemicals, along with insecticides, rodenticide, fumigants and a wide variety of application of safety equipment from reputable manufacturers around the globe.