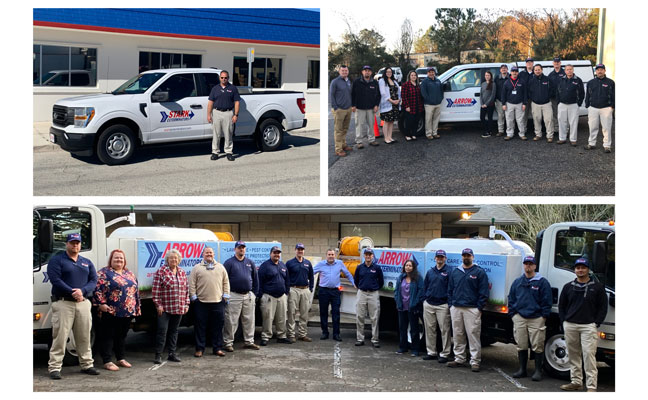 The Aiken and Southwest Gainesville offices will service residential homes with a focus on pest and termite control. The Southeast Florida commercial office will offer a wide range of commercial pest control services to accommodate the rapid growth of both large and small businesses in the West Palm Beach area.

“We are thrilled to announce the openings of these three new offices that are located in prime locations that are vital to our business,” said Emily Thomas Kendrick, CEO of Arrow Exterminators.  “Being a family-owned and operated company for over 58 years, we know how important it is to create new opportunities for our team members as well as the communities we serve.”