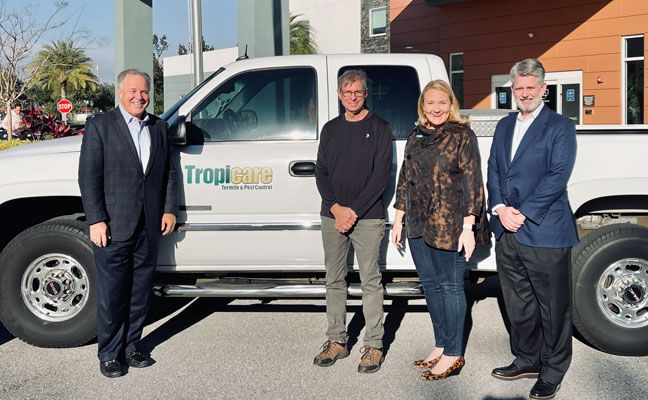 From its headquarters in Land O’Lakes, Fla., Tropicare Termite and Pest Control services customers from Citrus and Marion counties in the north to Pasco, Pinellas and Hillsborough counties in the south.

“We are excited to welcome the team members and customers of Tropicare to the Arrow family,” said Emily Thomas Kendrick, CEO of Arrow Exterminators.

The new office expands Arrow Exterminators to a total of 40 service centers throughout Florida and 155 offices in the country.

“We really feel great about our choice to merge with the Arrow family,” said Marty Gagnon, president of Tropicare. “Their team impressed us, and we know we made the right decision for our employees.”