Tarantulas in the news 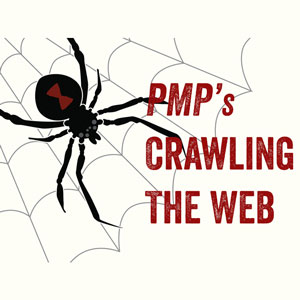 A newly discovered species of worm that kills tarantulas was discovered by scientists and named after American actor, musician and producer Jeff Daniels, according to a news release from the University of California-Riverside.

There are more the 25,000 described species of these worms, known as nematodes, and they are one of the most abundant animals on Earth. However, this is only the second time one has ever been found to infect tarantulas.

Scientists named the species Tarantobelus jeffdanielsi because Daniels’ character in the 1990 film “Arachnophobia” saves a town from a deadly infestation of spiders.

“His character in the film is a spider killer, which is exactly what these nematodes are,” said UC-Riverside parasitologist Dr. Adler Dillman, who led a team that discovered the nematode.

“When I first heard a new species of nematode had been named after me, I thought, ‘Why? Is there a resemblance?'” joked Daniels, in remarks to UC-Riverside. “Honestly, I was honored by their homage to me and ‘Arachnophobia.’ Made me smile. And of course, in Hollywood, you haven’t really made it until you’ve been recognized by those in the field of parasitology.”

The team’s work describing Tarantobelus jeffdanielsi has recently been published in the Journal of Parasitology.

JoCho Sippawat, a wildlife YouTuber with over 2.5 million subscribers and 1.9 Facebook followers, was the first to find the new species of tarantula among the bamboo growing in the Tak province of Thailand, according to a Jan. 12 news release.

He then collaborated with arachnologists Drs. Narin Chomphuphuang (Khon Kaen University) and Chaowalit Songsangchote (Kasetsart University), who studied and described the new genus.

The new tarantula genus bears the name Taksinus in honor of the Thai king Taksin the Great. The researchers chose the name in recognition of Taksin the Great’s old name, Phraya Tak — governor of Tak province, which is where the new genus was discovered.

What distinguishes Taksinus against all other Asian arboreal genera is the relatively short embolus of the male pedipalps, which is used to transport sperm to the female seminal receptacles during mating. Its habitat type and distribution are also different from those of related species. While Asian arboreal tarantulas have been reported in Indonesia, Malaysia, Singapore, Sumatra and Borneo, this is the first such genus known from Northern Thailand.

The tarantulas were discovered inside mature culms of Asian bamboo stalks (Gigantochloa sp.), hence its scientific name Taksinus bambus. The nest entrances range in size from from 2 to 3 centimeters to a large fissure, and feature a silk-lined tubular burrow, either in the branch stub or in the middle of the bamboo culms. All the tarantulas found living in the culms had built silken retreat tubes that covered the stem cavity.

Validate your knowledge of spiders