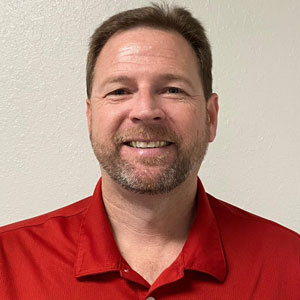 He will also remain manager of and based at the company’s Fort Worth, Texas, service office.

Perazzo joined Truly Nolen in 2009 as a manager-in-training and became a manager in Fort Worth, Texas, in January 2010. Prior to joining the company, he spent 11 years with Massey Services in Florida and is approaching nearly 25 years of experience in the pest control industry.

Some of Perazzo’s new responsibilities will include district authority overseeing his service office as well as the company’s service offices in Dallas, Keller, Houston, Galveston, and San Antonio.

“The thing I am most excited about when it comes to this new role is the ability to impact the future leaders of the organization and helping to train and develop team members to their full potential,” said Perazzo. “My favorite thing about working for Truly Nolen is being empowered to make decisions that improve our team members’ lives, our customers’ lives, and our company’s future.“

“Mark and his service office have shown tremendous support to all of the other neighboring service offices, and as a result, he has become a mentor and resource for many Texas team members,” said Truly Nolen Chief Operating Officer Justin Bellet.

Founded in 1938, Tucson, Ariz.-based Truly Nolen of America is one of the largest family-owned pest control companies in the United States. Truly Nolen has over 80 branch offices in Arizona, California, Florida, Nevada, New Mexico, Texas, and Utah. The company also has independently owned and operated franchises in an ever-growing number of territories including Kentucky, Georgia, New Jersey, Canada, Puerto Rico and over 60 countries.