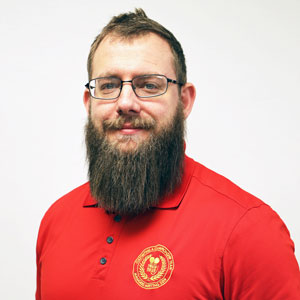 Truly Nolen Pest Control recently promoted Leonard Franklin to system engineer in the company’s IT department. He will remain based at the company’s Tucson, Ariz., headquarters.

Franklin joined Truly Nolen Pest Control in 2014 as a help desk specialist and progressed quickly by learning new skills and taking advantage of additional opportunities. As a software analyst, he developed and deployed several invaluable tools, such as the company’s SharePoint environment and TrulyVision video site.

Some of Franklin’s new responsibilities include helping to develop the company’s network infrastructure as well as developing the next generation of SharePoint experts. Prior to joining Truly Nolen Pest Control, he was an IT consultant for a small real-estate company and worked in restaurant management. He has an associate degree in systems administration with an emphasis on cyber security from Pima Community College and a bachelor’s degree in network administration from the University of Arizona.

“I am excited to learn more in my new role and to continue putting my experience and education into practice,” said Franklin. “My favorite things about Truly Nolen are the family atmosphere day in and day out, as well as the consistency of learning new things and being able to implement them.”