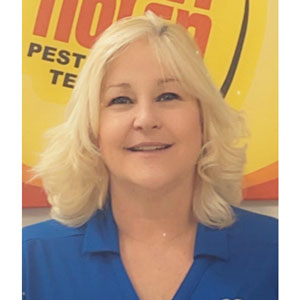 Truly Nolen Pest Control recently announced the promotion of Debra Menez to area manager for San Diego and the Coachella Valley, Calif. She will remain based at the company’s San Diego office.

Menez joined Truly Nolen Pest Control in early 2017 and has been a manager for the company in both Arizona and California. Prior to joining the company, she spent over 20 years as a manager in the retail industry with companies such as Nike, Bath and Body Works, White House Black Market and Aeropostale.

Some of Menez’s new responsibilities will include district authority overseeing her service office as well as the company’s service offices in San Marcos, Palm Desert and La Quinta, Calif.

“I love helping to develop and bring out the strengths in our team members and partner with them for their career growth,” Menez said. “My favorite thing about working for Truly Nolen is that, in addition to the company’s core values mirroring my own, I can reach out anytime and call anyone at any level within the company and speak to them because no one is inaccessible.”

Lee Blair, senior district manager in California, added, “Debra’s 25 years of managerial experience including five years in our industry combined with her desire to help her fellow managers made her an easy choice for this new position. It has been my pleasure to see her continued growth and success here in California and I am glad she is part of our team.”