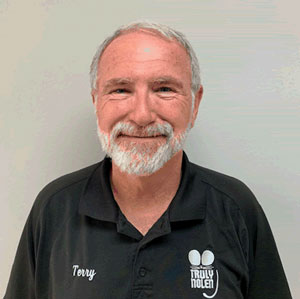 Willis joined the company in 2018 as a residential service coordinator. One of his career goals was to elevate into management. Over the last four years, he focused on mastering his craft.

Prior to joining Truly Nolen Pest Control, Willis worked in the convenience store industry for 18 years. He owned and operate his own business. He also received prior management training from the Georgia Public Safety Training Center and served as the chief of police in Villa Rica, Ga.

Some of Willis’ new responsibilities will include helping the service office continue to maintain visibility with the local Pompano Beach community as well as instilling the company’s core values throughout his team.

“I am most looking forward to the opportunity I now have to build a team and grow my branch successfully,” said Willis. “My favorite thing about working for Truly Nolen is the family atmosphere, the team support, and the superior training the company provides.”

“Although Terry started in sales, he set his sights high from his first day and managed to manifest where he ultimately saw himself, which, combined with his sales drive, determination, attention to detail, and previous work experience made him an easy choice for his new position,” said Rafael Masferrer, Truly Nolen Pest Control district manager, South Florida and the Treasure Coast. “I am very happy he is part of our Pompano Beach team and I look forward to his continued success.”