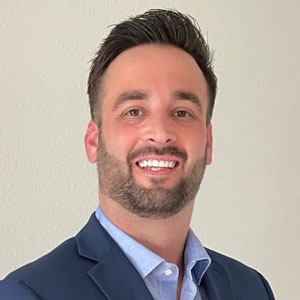 “We have aggressive plans to grow to $500 million in the next six years, while maintaining our unique entrepreneurial and family culture,” said Emily Thomas Kendrick, CEO of Arrow Exterminators. “The value of promoting leaders from within the organization who not only understand our business at all levels, but even more importantly, understand and embrace our culture, can’t be overstated. We are thrilled to have Kenny join our operations team.”

Porter was previously a former senior service center manager in Fernandina, Fla. He has been promoted to regional vice president of Northeast Florida.

He began working at Arrow Exterminators in 2014 as a pest control service professional in Melbourne, Fla., office. Since then, he served as a lawn department supervisor, service center manager and senior service center manager. Throughout his career, he has achieved many distinctions and awards within Arrow Exterminators, including Circle of Diamonds for four years, the Rookie of the Year Award, and Senior Service Center Manager as of 2021.

“Kenny is a wonderful asset to our operations team, and we look forward to him continuing the leadership he has shown over the years,” said Tim Pollard, president and COO for Arrow Exterminators. “As a family-owned company, we are proud to reward success and hard work internally.”