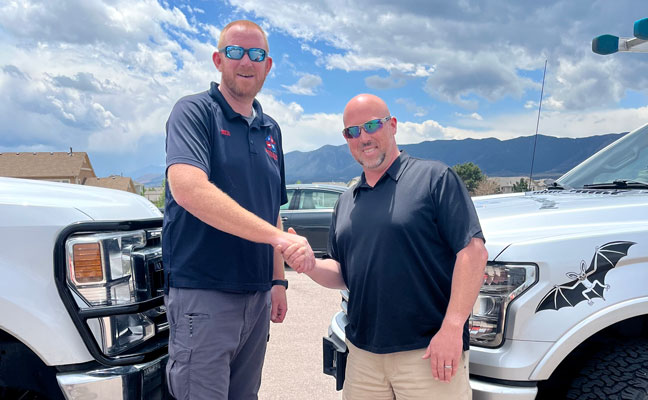 Gerrod Walker, owner of When Nature Calls Pest Control, and Nick Anderson, from Anderson Wildlife Solutions, released the followed statement in a news release: “The acquisition of When Nature Calls Pest Control (Colorado Operations), is a match that will result in continued service of the highest standards in the pest and wildlife control industries. Nick and I will continue to communicate and consult to ensure a smooth transition.”

According to a Facebook post, When Nature Calls Pest Control is leaving Colorado because the owners are relocating to Oklahoma. The company will continue to do business in Illinois, however.

About When Nature Calls Pest Control

When Nature Calls Pest Control is a veteran-owned business that was started by Gerrod Walker in 2004 when he decided that he wanted to own and operate his own business. Walker had prepared unknowingly but thoroughly for this venture by means of his bachelor’s degree and postgraduate education in law enforcement and sociology at Western Illinois University, his time in the U.S. Navy Reserves and his work experience in various fields, including working as a private investigator, case manager and counselor for social service agencies. He returned to Illinois in 2006 and, starting in 2007, he ran his business part-time while he worked full-time as an animal control officer for the local county animal services. Within a short time, his business flourished into full-time employment by 2007.