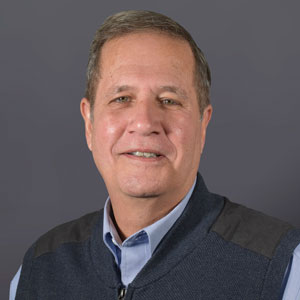 De Poli will be responsible for expanding the sales and marketing of Liphatech’s full line of rodenticides and bait stations through the Caribbean, Central America and South America.

“I look forward to strengthening and growing Liphatech’s business relationships with our distribution partners throughout my new territory,” De Poli said in a news release.
Before joining Liphatech, De Poli work for BWI Companies Inc. where he was business manager for export and the state of Florida. Prior to that, he worked at Univar Solutions for four years as the director of Latin America Export Services. He has been in the pest control industry for more than 20 years and will now work to generate awareness about Liphatech’s rodent control practices and products in this developing region.

“We’re pleased to have Daniel join the Liphatech team,” said Manny Martinez, CEO of Liphatech. “We’ve tasked Daniel with advancing our sales and marketing presence and coordinating registrations with our partners throughout this region. I’m certain they will appreciate the experience and energy he brings to this principal position.”

De Poli is also a former athlete who played rugby in Argentina.

With U.S. headquarters based in Milwaukee, Wis., Liphatech is a worldwide manufacturer of pest control products. It is considered to be the developer of three of the industry’s active ingredients: chlorophacinone, bromadiolone and difethialone. The company was founded in France in 1946 io develop anticoagulants for the treatment of heart patients. It developed chlorophacinone in the 1960s and branded it as Rozol, a family of products that includes grain and pelleted products for field and structural use, and a tracking powder for use in and around structures. In the 1970s, Liphatech developed bromadiolone, its original second-generation rodenticide active ingredient.

The innovations continued with the opening of its U.S. facility in 1987. Research there and in Europe resulted in the discovery of difethialone during the late 1980s, with U.S. Environmental Protection Agency registration as an active ingredient in 1995. Its most recent innovation is the development of soft bait rodenticides.