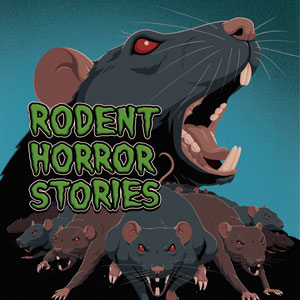 BUILDING TYPE: Government, sometimes commercial
LOCATION: County morgue (although this also can happen in funeral homes)
THE HORRORS: Regardless of whether they were in “the drawer” or on the slab, rats could be found feasting on corpses in a morgue.

Fans of the TV shows Criminal Minds, the myriad CSI series and, reaching way back into the vault, Quincy M.E., know all about the Hollywood version of the morgue, where there are plenty of dark humor jokes to be had and the coroner’s assistant has no problem eating a sandwich a few feet away from a toe tag.

But the reality is much, much different, especially in markets where there is not enough money available to keep the local morgue in top structural shape. In my career, I’ve encountered two such places, both of which had rats that got into the holding room — which, by the way, is always separate from the employee offices — and chewed on the dead bodies.

If there’s a positive to this kind of account, it’s that at least you have more latitude over where you place traps and stations. If you decide to specialize in this kind of account, there is money to be made in treating the more common pest issues like phorid flies in the mausoleum. In most cases, by the time someone reports it, the problem has been going on for some time. They notice the tiny flies in the flower vases when really, the phorids are seeing the vases as a new vacation spot after setting up housekeeping in the crypt or mausoleum itself.

Lessons learned: In these kinds of situations, you’re likely not going to eliminate the rodent problem until the client agrees to construction repairs and updates. And in all honesty, you’re probably not going to get them to agree to that. It’s a tough position to be in, and all you can do is do your best.