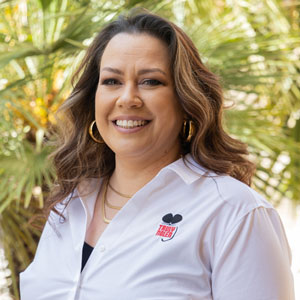 Truly Nolen Pest Control promoted Salina Nelson to junior accountant in the company’s accounting department. She will be based at the company’s Tucson, Ariz., headquarters.

Nelson first joined Truly Nolen Pest Control in September 2021 as part of the accounts payable team. Prior to joining Truly Nolen Pest Control, she worked for seven years at her local church in a variety of roles, from accounts payable and purchasing to executive assistant. In addition, she spent 18 years building and running a construction company with her ex-husband, where she did everything from bookkeeping to hiring.

“I am excited about the opportunity in my new role to work more with spreadsheets and helping the entire department in more areas,” Nelson said. “My favorite thing about Truly Nolen is getting to work for the company with the funny mouse cars that I fondly remember seeing all over town from my childhood.”

“Since joining our team, Salina has been a terrific addition to our department and she has helped improve overall efficiency,” said Sean Dreis, controller at Truly Nolen Pest Control. “I am excited about working with her in her new role and I look forward to seeing her continued success in the future.”