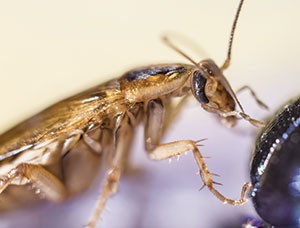 The German cockroach (Blattella germanica) is potentially evolving to have a glucose-free diet, according to new research from North Carolina State University (NCSU).

Per the study, some lab cockroaches are evolving to dislike sugar, specifically glucose. This could have huge implications for the population of cockroaches worldwide, especially since they spread bacteria and disease.

Female lab cockroaches observed in the study included a significant population that were glucose-averse. Researchers found these cockroaches were unwilling to complete traditional mating behavior, accepting what the research study refers to as “nuptial gifts” or “nuptial feedings.” These glucose-adverse female cockroaches also chose not to complete the mating process, meaning there wouldn’t be any reproduction.

This does not mean there will be a drop in the cockroach population, the study points out, as the male cockroaches eventually found another way to reproduce.

Cockroach mating lasts for up to 90 minutes. Male cockroaches adapted to female cockroach glucose hesitancy by shortening their mating rituals down to minutes or even seconds, while successfully completing fertilization. 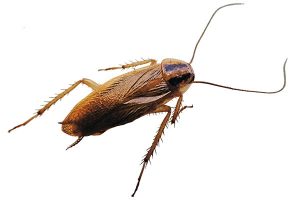 Overall, the entire cockroach population within the lab study stayed within normal predicted ranges, despite this population of sugar-eschewing insects.

According to Dr. Schal, researchers are wondering whether new behavioral traits like this could spread through different populations, making this mutation more prevalent.

“One of the takeaways is that animals, including roaches, have adaptations that they evolve in terms of natural selection,” Dr. Schal said in the study. “The German cockroach, a pernicious household pest, plays an important etiological role in allergic disease and asthma. It also serves as a mechanical vector of pathogens, including antibiotic-resistant microbes.”

Among urban cockroaches, it is currently unclear what the ratio is of glucose-averse to glucose-loving specimens. If it is found to be common and/or on the rise, however, it could potentially affect current cockroach treatment strategies. More research is ongoing to determine this.