Study: Americans will go to extremes to get rid of bugs 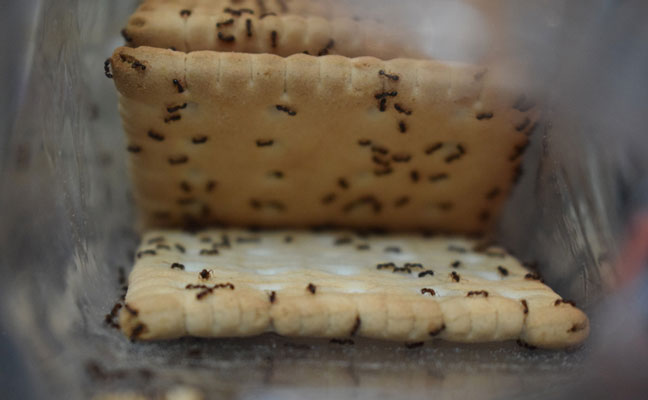 One in three Americans (34 percent) have considered burning down their own home after experiencing a “bug” infestation, according to a new survey.

When the study refers to “bugs,” it is understood to be using it as a colloquial term, encompassing a large variety of common pest insects and arthropods.

The study of 2,00 adults found that 66 percent of them are willing to do “nearly anything” to get rid of bugs at home — including fumigating their entire home (51 percent), putting glue traps in every corner (46 percent) or even using a whole can of bug spray all at once (43 percent), according to Talker.

Six in 10, or 62 percent of participants, believe bugs are the worst things to put up with in the home.

Commissioned by do-it-yourself pest control manufacturer Zevo (so, perhaps, consider the source) and conducted by OnePoll, the study also unveiled the worst rooms in the home to come across bugs: the bedroom (22 percent), kitchen (22 percent) and bathroom (16 percent) took the top spots. Sadly, because it is a DIY supplier, “hiring a professional” (beyond the fumigation option) was not part of the survey.

To deal with bug problems, 48 percent of people from the survey said they have turned to DIY “hacks” to try and trap bugs. More than four in five (83 percent) who have tried a “hack” have had it backfire on them to some extent.

Some of the “hacks” mentioned by people in the survey include using cinnamon, coffee grounds and maple syrup to get rid of bugs. One person even shared pouring gasoline on bugs to drown them. Other stats from the survey include:

While some of these numbers seem to match up with what the National Pest Management Association has reported in its surveys of the general public over the years, are these reactions lining up with your new customers’ attitudes? Or do you think the hype machine is in full force? Sound off below.

The right active ingredient for the job