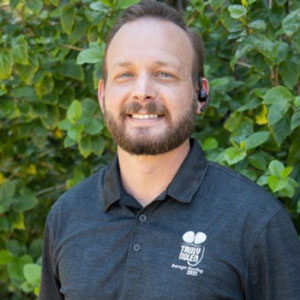 When not in the field, his office will remain based out of the company’s North Valley, Ariz., office.

Wakefield joined Truly Nolen in 2015 as a territory builder in Flagstaff. Per a news release, his “personal success, along with his ability to help develop other partners around him,” led to his promotion to North Valley manager in August 2019. This past year, his residential service office was the No. 1 overall service office in the entire company, “due to his continued success in helping develop sales, salespeople and service technicians.”

Prior to joining Truly Nolen, Wakefield spent time handling sales for Terminix and AT&T among other companies during his 18 years in the sales industry.

“I am most excited about the opportunity to be working closely with our metro Phoenix sales team, being there to support and develop the team any way that I can to ultimately grow our company in Phoenix, Prescott, and Flagstaff,” Wakefield said in the news release. “My favorite thing about working for Truly Nolen is the vast amount of support available to anyone who may need or want it, as this has been a huge help for me in my career path development.”

“Josh has been successful in every role he has been asked to do over the last seven years, and coming off his amazing 2021, he was an easy choice for this new role,” said James Adams, area manager, Phoenix, Prescott and Flagstaff, Ariz. “He is very excited to take on the challenges of this new role which will allow him to focus so much energy on developing people and bring new levels of success throughout our area. I am glad he is a member of my team.”