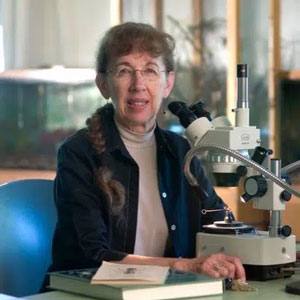 Cascade Pest Control has established a scholarship in honor of a Washington State University (WSU) biology professor and alumna Dr. Laurel Hansen, who is also a member of the Pest Management Professional Hall of Fame (Class of 2015).

The Laurel Hansen Entomology Fund will be used to support students and researchers in the department of entomology at the university.

The WSU Foundation established the fund after receiving a $5,000 gift from Kurt Treftz, founder and owner of Snohomish, Wash.-based Cascade Pest Control. The funds will be used for research in the fields of entomology, urban pest management and insect biology, especially ants.

Dr. Hansen and Treftz have worked together for over 40 years.

“Dr. Laurel Hansen has been one of the most influential people in our industry,” Treftz said in a news release. “She became quite the fixture and the go-to person, and we’ve relied upon her heavily.”

Dr. Hansen, who has spent over five decades working and teaching in the field of entomology, said she was surprised and flattered by the scholarship. She is currently a WSU adjunct professor and taught biology for 51 years at Spokane Falls Community College before retiring in 2020.

“The new fund will help keep the pest control industry up-to-date on ideal practices for sustainability and managing pests,” said Dr. Laura Lavine, professor and chair of the department of entomology in WSU’s College of Agricultural, Human and Natural Resource Sciences. The department has only received four or five endowments for urban entomology over the last 35 years, making this “an especially rare gift,” according to a news release.

“There’s not a lot of money available for research in urban integrated pest management, so this is a really tremendous investment in the research side,” Dr. Lavine said. “These kinds of gifts and scholarships ensure that this sort of work continues to be done and isn’t left behind.”

Dr. Hansen added, “I hope that it will help someone pursue more urban interests in entomology. The emphasis in entomology is in horticulture and agriculture, so the urban areas are kind of slighted.”

Raised as a farmer’s daughter near Davenport, Wash., agriculture has long been a part of Dr. Hansen’s life. She began her academic career at Eastern Washington University, where she earned a bachelor’s degree in natural science. She then went on to receive a master’s and doctoral degrees in entomology from WSU in 1967 and 1985, respectively.

Knowing she was interested in social insects, Dr. Hansen originally planned to study termite behavior for her doctoral degree. However, she was encouraged by her advisor Dr. Roger Akre to pivot to carpenter ants after he received some samples of the insects from Treftz.

Over the years, Dr. Hansen’s teaching skills and her talent for making her research relevant drew the attention of those in the pest control industry. She has often been witnessed in coveralls and boots, implementing her research firsthand.

“I’ve been very successful with the industry in that it’s been a two-way dialogue,” Dr. Hansen said. “I will go out in the field with them. I will crawl under houses, I’ve crawled in attics, I’ll go on inspections. I’ve learned as much from them as they have probably learned from me. I like the interaction.”

The industry appreciates her down-to-earth nature and has been impressed by her willingness to do the dirty parts of the job, all while having a sense of humor, said Treftz.

Dr. Hansen added that working with the pest control industry comes naturally because of her teaching background and how much she enjoys the educational aspect.

She has written several journal and trade magazine papers and co-authored three books on ants. She also conducts seminars and ant identification workshops around the Pacific Northwest and beyond.

“She’s curious, open-minded, and really cares about the needs of Washington state citizens when it comes to pest management in the urban environment. She takes her information and knowledge and puts it into practice to educate others,” Dr. Lavine said. “We all feel her impact. If you don’t have ants in your house, you can thank Dr. Laurel Hansen!”