Editor’s Note: The following is what Arnold Zlotnik, the son of Pestco founders Milton and Mimie Zlotnik, wrote on behalf of his mother, who passed away July 29, 2022. It has been edited and formatted for Pest Management Professional’s (PMP’s) editorial format. The PMP staff offers its condolences to the Zlotnik and Pestco family, friends and colleagues. 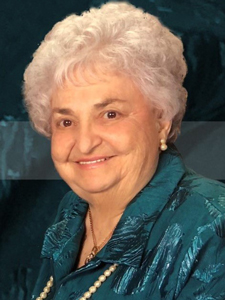 Marion “Mimie” Zlotnik lived life on her own terms from the moment she entered the world in Pittsburgh, Pa., on June 2, 1928. She was 94 years old, and all of her adult life was focused on family, caregiving, a strong work ethic and love of life and artistic expression.

A strong-willed woman with a fine mind that was all her own, Zlotnik was also an accomplished artist. She attended the Pittsburgh Art Institute, and many of her paintings were featured in local exhibitions and on the walls of the Weinberg Terrace, where she spent the last 10 years of her life.

Zlotnik was many things to many people, but first and foremost in her heart was her family, who adored her. This mother of three, grandmother of eight and great grandmother of two left a distinctive legacy to all of her descendants; one that speaks of the bumpy road to accomplishment that can only be achieved through hard work and dedication.

In 1948, she and her late husband, Milt, began a local exterminating company in their home that was originally named Pittsburgh Exterminating Service and Termite Control. The name was later changed to Pestco, which eventually became the Pestco Professional Services we know today.

Zlotnik was a determined woman who was far ahead of her time both as a doting mother and as a savvy business woman. She deftly balanced her daily life, which revolved around caring for her children and nurturing a growing family business. She encouraged her sons to be the best they could be in every way, and she herself not only lived up to her own strict expectations but managed to far exceed them.

Zlotnik wore the Pestco name like a badge of honor. She was proud of what she and her husband had accomplished together since 1948, and she treated each customer as she herself would have wanted to be treated. It warms my heart to think of how she made the progression from planning schedules with heaps of paper invoices on our dining room table, to becoming a successful business woman manager in her own right. My mother grew to be one of the most knowledgeable pest professionals of her time, and she was one of first women licensed for pest control in Pennsylvania in the early 1970s. I am so pleased that she lived long enough to witness the successful company that Pestco has become.

Memorial contributions may be made to the Jewish Association on Aging, 200 JHF Drive, Pittsburgh, Pa., 15217.