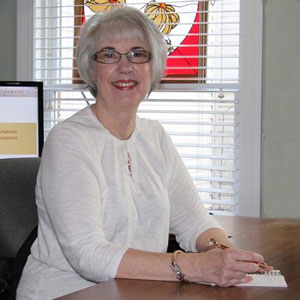 Effective Sept. 1, June Van Klaveren, owner of Ballwin, Mo.-based Compelling Communications, has announced her retirement after 25 years serving the marketing needs of the professional pest control industry — and a 51-year career in the industry overall.

“It’s been a pleasure working with so many wonderful people in this industry! I feel very fortunate to have focused my business on pest control. I plan to focus on promoting my two children’s books: The Antics of Carrot, the Ferret and Me & Smugg, the Bug,” Van Klaveren said in a news release.

Van Klaveren provided marketing services including consulting and creating original newsletters, logos, brochures, websites, postcards and many other projects for her clients. She has also been a speaker at many state and national pest control association conferences.

She released a 33-page, colorfully illustrated paperback book aimed at kids aged 2-6 titled “Me & Smugg, the Bug: A Story of an Unlikely Friendship” in November 2021.

“In addition to my industry marketing background, I am a former teacher. I would love to see children read this book together in elementary school classes, to get them to think about friendship — and insects, for that matter,” Van Klaveren previously told Pest Management Professional (PMP).