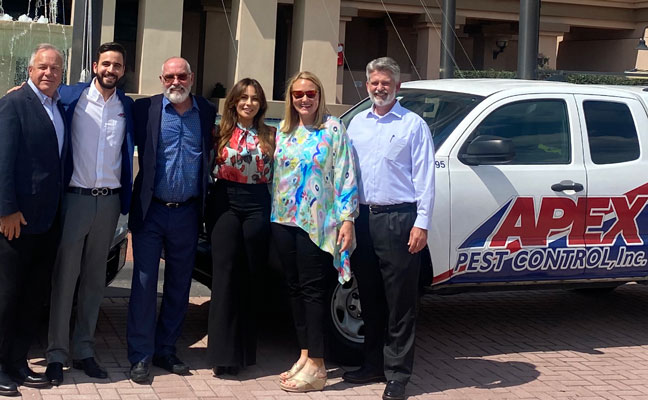 Headquartered in Rockledge, Fla., Apex Pest Control provides pest and termite control as well as lawn services to about 25,000 residential and commercial customers in 30 counties. The company has offices throughout Florida in Orlando, Tampa, Brevard County, Jacksonville, and Miami-Dade/Broward County.

The company has strong relationships with home builders and provides pre-treatment services to the construction industry in Florida. The family-owned and -operated organization was established in 1985 by Peter Eldridge. The company has grown to a family of 78 team members and reported 2021 revenues of just under $10 million.

All Apex team members will remain with the company, along with the entire Apex Pest Control management team.

“We are very pleased to have merged with the Apex organization, which has a great reputation for service in the state of Florida,” Arrow CEO Emily Thomas Kendrick said in a news release. “These new offices give us 45 service centers throughout the great state of Florida and a total of 165 offices in the country.”