The tangled web of well-intended laws 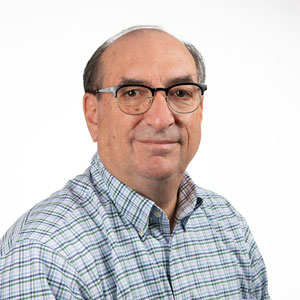 The pest management industry always has been front and center of cutting-edge science. In the heyday of research support, the state governments had a significant investment in agricultural, forestry, land use, pest management and import research. Through it, regulatory agencies were put in place to make sure science was used in every realm, from gas mileage to imported foods.

As state budgets shrink, however, it is all too frequent for research programs to be reduced or eliminated, thus giving legislatures free reign to make more prescriptive scientific judgements. When this happens, there can be far-reaching consequences.

Recently, California’s Third Appellate Court made headlines when it ruled that certain bees legally can be considered fish, and are protected species under the California Endangered Species Act. Of course, the decision led to lots of jokes — and maybe more than a few comments about the judges. The decisions certainly didn’t do much to make people feel the courts are evidence-based and intelligent. Of course, today’s news is communicated by social media and without adequate information, so the ruling became a joke, albeit a legal ruling.

In 2019, the Commission designated four species of bees as endangered and thus subject to the protections of the California Endangered Species Act. A group of agricultural groups sued the Commission, arguing the definition of “invertebrate” does not include bees or any other invertebrate that is not related to water and certainly should not be under the definition of a fish. While this sounds logical and reasonable, it is a matter of detail. The law never specifically excluded invertebrates not related to water. Technically, if a mosquito abatement district is successfully controlling mosquito populations, the Commission might step in and declare mosquitoes endangered and thus deserve protection.

The lessons for our industry are several-fold. First, any science deserves complete attention, not just a sloppy summary on social media. Dig for the whole story if it affects our industry.
Second, scientific conclusions by legislation rarely serve in the public’s best interest, as the legislatures commonly are short on science. Most legislators supporting protecting invertebrate wildlife in streams never dreamed that what they were supporting would be twisted into a broader definition so far as to designate bees as fish. Even mosquitoes might have a better chance of being designated a fish in California if logic were in play. After all, many species need freestanding water, but even that one won’t pass the public opinion test.

To me, this bending of the law by the Commission is a perfect example of misusing science to obtain goals that are illogical to the taxpayer and will cost the consumer in higher prices for certain food commodities.

As an industry, this illustrates the value of always being involved in the legislative process, and watching for interpretations that might be considered counter to the science. While protecting bees might be a good idea, and might even be scientifically justified, the science and credibility were lost in this case.

Each day, questionable science affects all of us. At least we can rest assured that pest management companies, manufacturers, distributors and trade associations are working each day to protect the industry as we protect food, health, property, and the living and working environments. It is up to all of us, though, as to whether science will be honored or misused.

Multi-lingual labels for RUPs may be on the horizon

Roll the dice on your mice expertise