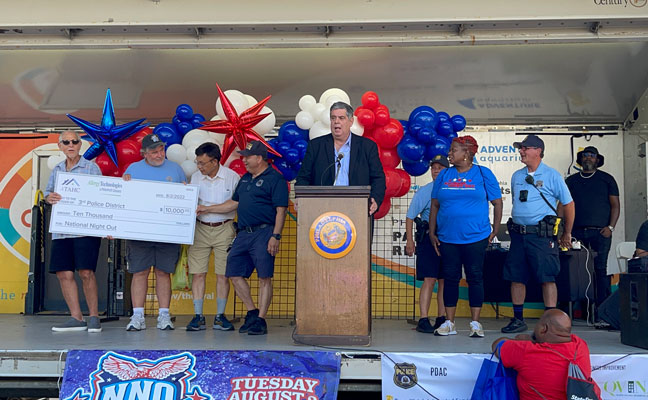 The event is considered America’s Night Out Against Crime that generates support for and participation in local anti-crime programs.

National Night Out brings neighbors and law enforcement together to promote awareness, safety and neighborhood unity; strengthen neighborhood spirit and police-community partnership; and deliver a message that neighborhoods are organized and fighting back against crime.

The ATAHC program (pronounced “attack”)  was founded in 2020. It is different from other approaches by incorporating an initial facility-wide remediation, which lowers the bed bug population. This status is sustained by the installation of long-acting preventive measures property-wide. Early detection and prompt intervention determine the program’s success. There is also an emphasis on continuing education for both staff and residents.

Since then, Allergy Technologies and the Philadelphia Housing Authority (PHA) have launched a preventive program to keep bed bugs out of the city’s public housing developments. PHA was awarded a $15 million, five-year contract to implement ATAHC in 6,000 residential units throughout Philadelphia, Pa. The program was approved based on the success of the pilot program that was launched in the city in 2020.

Allergy Technologies will initially provide education for staff and residents as part of ATAHC’s implementation. In the pilot program, ATAHC was proven to cut bed bug incidents by over 99 percent in affordable housing communities over two years, with a goal of achieving zero bed bug infestations.