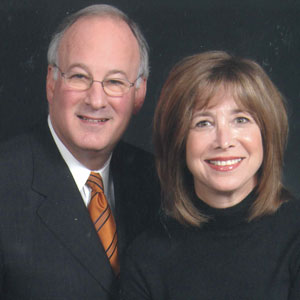 The retired co-owner and CEO of Ehrlich Pest Control, Victor Hammel, and his wife, Dena, have committed $5 million to create the Hammel Family Human Rights Initiative at Penn State University.

“The Hammels’ visionary philanthropy will be truly transformative in our efforts to help new generations understand the past, prevent future atrocities and honor the dignity of all peoples,” Bendapudi said. “We were already delivering programming unlike any other in the nation, but with the Hammels’ ambition and support to drive us forward, we can greatly increase the number of teachers the Initiative reaches, refine and enhance its programming and eventually expand its reach beyond Pennsylvania. The Hammels’ leadership positions us to become the national leader for human rights education, and I could not be more grateful for their generosity.”

The HGHRE Initiative — a partnership with the Pennsylvania Department of Education and several state and national entities — provides training and resources to help K-12 educators across the commonwealth teach their students about a wide range of difficult topics, from the Holocaust and other genocides to trauma inflicted by the COVID-19 health crisis. It was launched in response to Pennsylvania’s Act 70 of 2014, which called on educators across the state to develop programming about the Holocaust, genocides and other human rights violations in an effort to “provide children with an understanding of the importance of the protection of human rights and the potential consequences of unchecked ignorance, discrimination and persecution.”

“As Pennsylvania’s land-grant university, Penn State has a deep commitment to improving the lives of people across the commonwealth,” said Bendapudi. “The Holocaust, Genocide and Human Rights Education Initiative is doing that in unique ways as it strives to realize the goals of Act 70. In a nation rife with division, the initiative is preparing K–12 teachers across the state to empower their students to think critically, to communicate across cultural and ideological barriers, to become engaged citizens who know that it is everyone’s responsibility to help defend human rights.”

“We have been very impressed with the progress we’ve seen with the initiative so far,” Victor Hammel said.  “We’re also energized by the remarkable vision that drives it. There are 123,000 public school educators in Pennsylvania, plus the many teachers in the state’s 3,000 private schools. The initiative hopes to eventually reach all of them, and to also become a model for human rights education nationwide. That’s a big job, and we knew a major investment was needed to help take this to the next level. We firmly believe that Penn State, more than any other institution we know of, has the resources, the culture of interdisciplinary collaboration, and the institutional will necessary to make these aspirations a reality.”

The Hammels, who reside in Wyomissing, Pa., first met as undergraduates at University Park, where Victor earned his degree in accounting in 1967, and Dena earned her degree in speech pathology and audiology in 1968. Victor Hammel is chairman emeritus of Reading, Pa.-based Rentokil Pest Control, North America. He is a past board chair of the Reading Health System and past president of the Jewish Federation of Reading. Dena is a retired dialysis social worker and an active volunteer in the Reading community. She has served on the board of GoggleWorks Center for the Arts in Reading since its inception.

The Hammels, who reside in Wyomissing, Pa., are co-chairs of Penn State Berks’ efforts in “A Greater Penn State for 21st Century Excellence.” In 2018, they joined with Penn State alumni Irvin and Lois Cohen to create the Cohen-Hammel Fellows Program at the Berks campus, and they have made other major gifts to support Berks and Penn State Hillel.