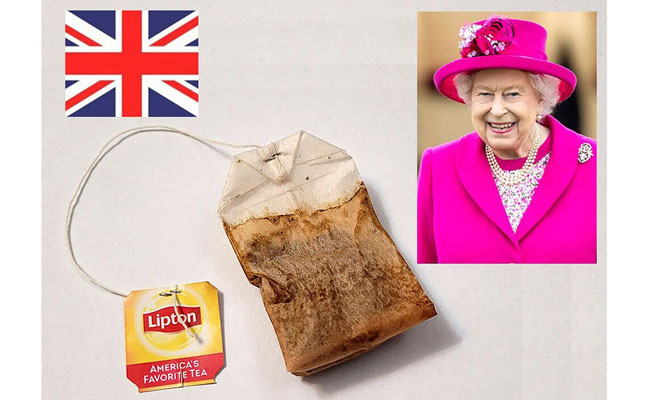 The listing included this photo of the teabag, supposedly used by Queen Elizabeth II. PHOTO: EBAY

Queen Elizabeth II, the United Kingdom’s longest-serving monarch, died at the age of 96 last week. While many mourned her death, other people on the internet wasted no time in putting memorabilia up for sale, including her trash taken by an exterminator.

To commemorate her 70-year reign, an eBay user listed a tea bag, supposedly used by the Queen.

The listing claimed that the tea bag was smuggled out of Windsor Castle in 1998 by an exterminator during what was dubbed at the time as “the Great Roach Infestation.”

“This is the very tea bag you might have seen on CNN in late 1998,” the listing said. “Own a piece of History! Priceless!”

Still wondering if this tea bag was actually used by the Queen?

If you’re disappointed by missing the opportunity to purchase this supposed piece of history, others are selling other memorabilia online to commemorate the queen (or cash in, we guess it can be two things). Currently offer items include life-sized wax statues of the Queen, a Queen Barbie doll and her autograph.

While the Pest Management Professional staff condemns theft at an account, we were fascinated by this one.

Have you ever worked at a home or business owned by someone famous? Spill the “tea” in the comments or email us at pmpeditor@northcoastmedia.net.