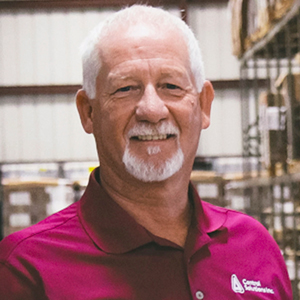 Kibodeaux has been with CSI for more than eight years. He has a history of success at the industry product solutions manufacturer, having previously been named salesman of the year. He also has a wealth of experience in distribution and pest control services, and is a member of the Entomological Society of America.

“I am confident that Karl will bring value to our largest accounts, drive sales of our innovative products, and maximize the value of our distributor partnerships,” Pass said.

For more than 20 years, CSI has been a leader in the development of sustainable pest control formulations, with a wide array of active ingredients. According to its website, CSI is one of the fastest-growing companies in the industry. As one of the 40 subsidiaries that make up ADAMA, the fifth-largest agricultural chemical company in the world, CSI is able to not only offer a large selection of products, but also introduce such innovations as Combination Chemistry, Pressurized Solutions and Encapsulated Solutions.

The company can actually trace its roots to 1958, when President and CEO Mark Boyd’s father, Richard, purchased a small pest control company in Pasadena, Texas, and founded Ford’s Pest Control. By 1960, Richard Boyd launched Ford’s Chemical to formulate and sell pest control solutions to colleagues and the public. In 1976, he merged the two businesses into Ford’s Chemical and Service. Read more about the history in Pest Management Professional’s anniversary coverage in its July 2018 issue here.