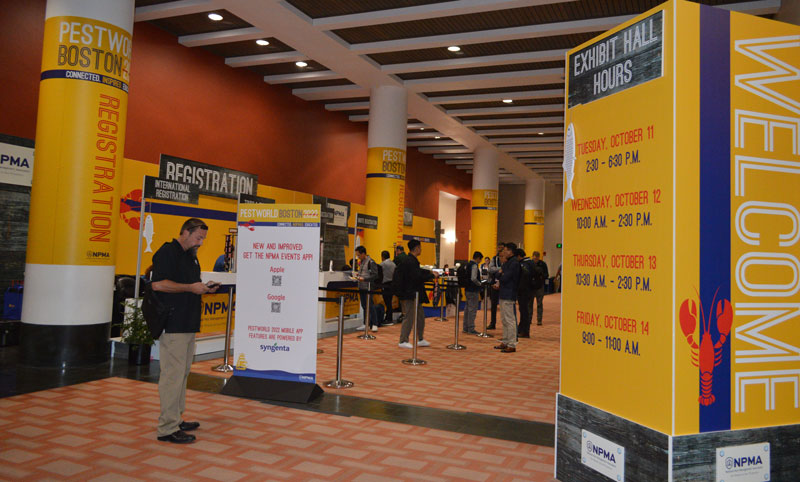 The first stop for most PestWorld 2022 attendees was the registration area to pick up the badges that provide access to the exhibit hall. 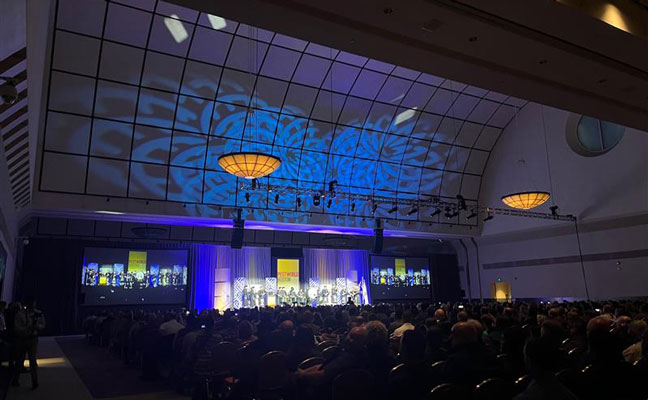 The Boston Police Gaelic Column of Pipes and Drum perform during the opening session of PestWorld 2022 on Tuesday. 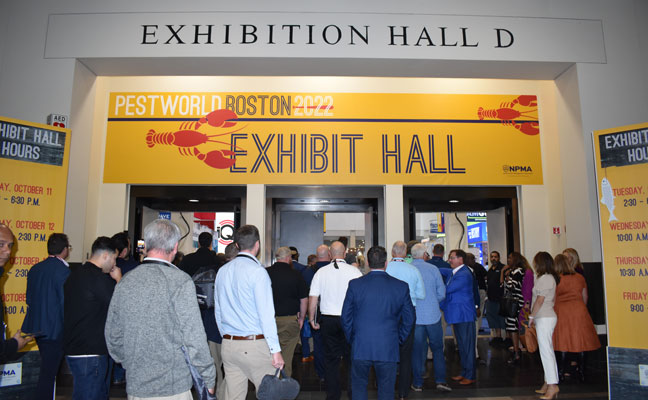 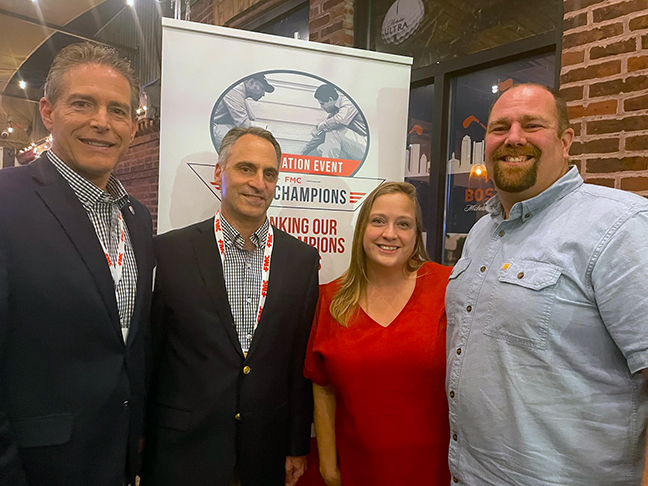 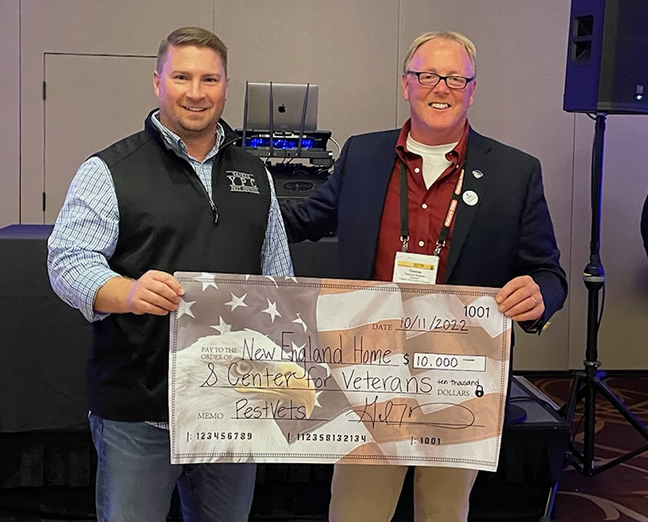 The New England Pest Management Association (NEPMA) hosted a dinner reception for its members. Taking place at the Sheraton, event sponsors included Bell Labs, BASF and Evolve YT. During the event, President Tom Drapeau, ACE, of Freedom Pest Control in Merrimac, Mass., announced that Yankee Pest Control’s Galvin Murphy had donated $10,000 to the New England Center & Home for Veterans on behalf of the NPMA’s PestVets, to match the $10,000 donation raised by NEPMA. This donation not only funds 180 “Welcome Aboard” packages for new arrivals, which consists of toiletries and other essentials, but helps bring a bathroom at the Center into compliance with the Americans with Disabilities Act. 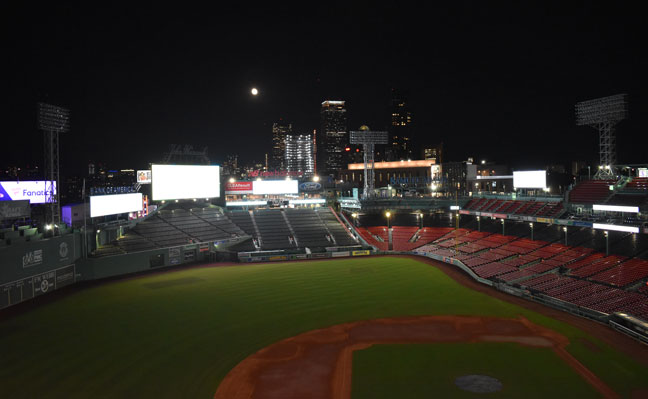 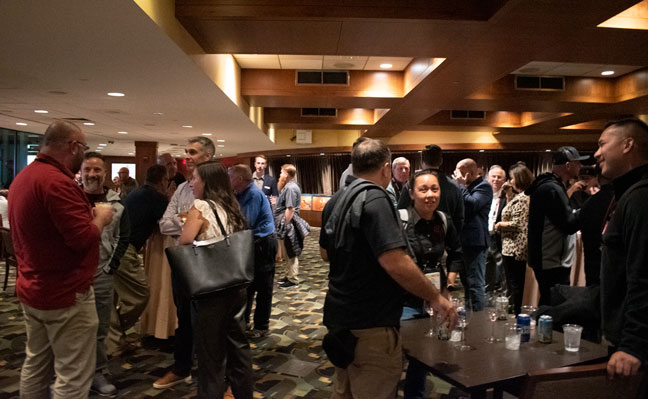 Attendees of PestWorld 2022 were able to meet up during the Control Solutions Inc. event at the Dell Technologies Club in Fenway Park. 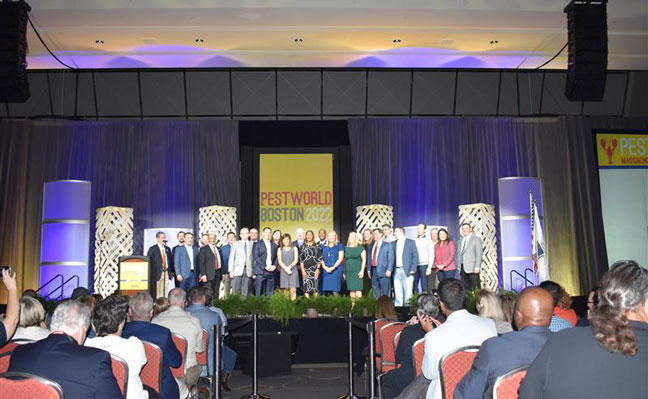 The NPMA Board of Directors took the stage during the general session of PestWorld 2022 on Wednesday morning. 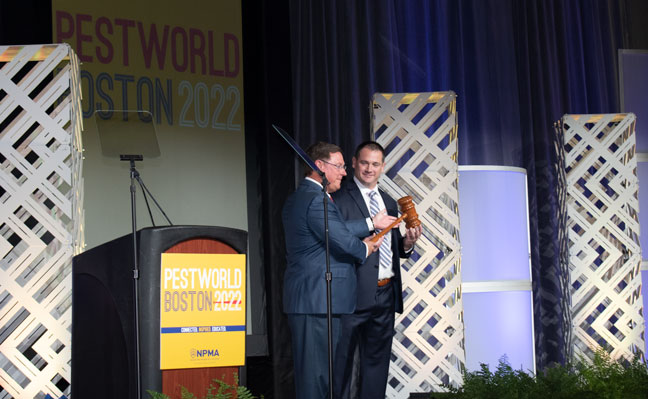 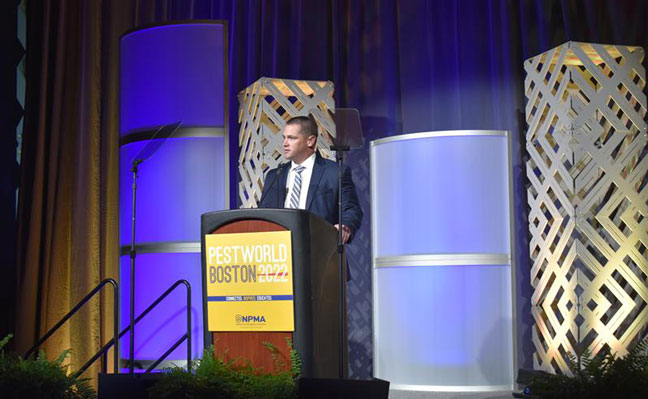 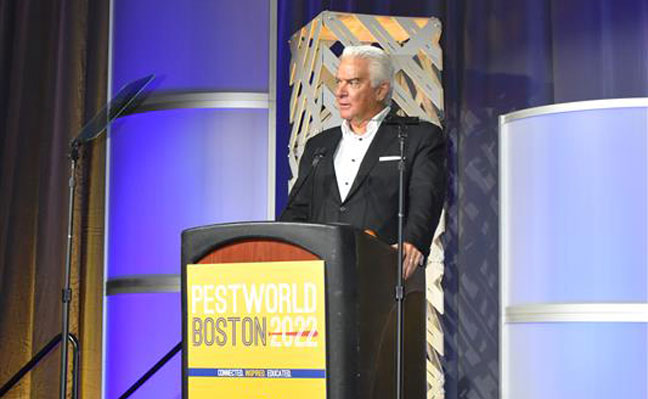 Jon O’Hurley was the keynote speaker who spoke during the general session at PestWorld 2022 on Wednesday morning. 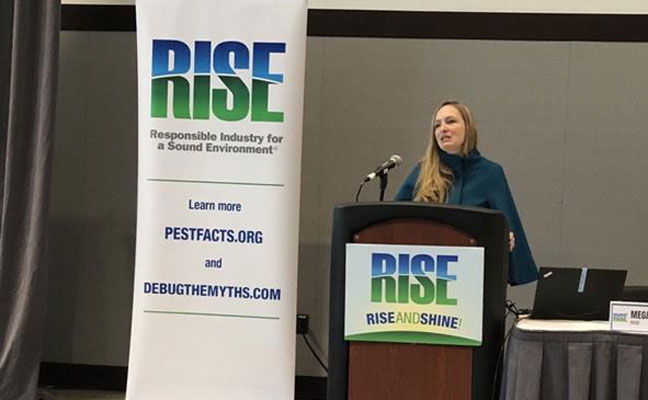 Megan Provost, president of RISE (Responsible Industry for a Sound Environment), led a panel discussion about the importance of advocacy in the industry. Panelist Jim Steed, president of Neighborly Pest Management, said, “We have a very noble industry that does great work for public health.” 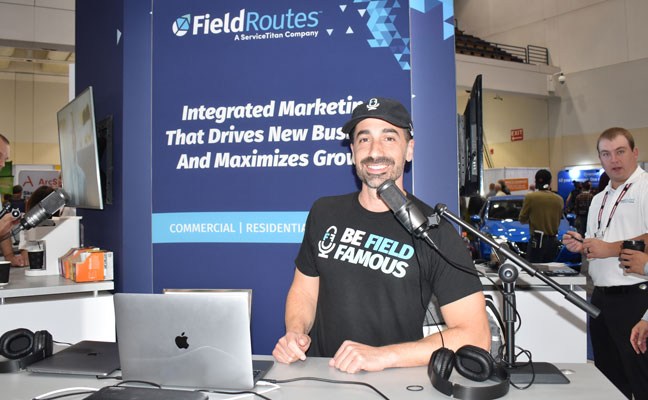 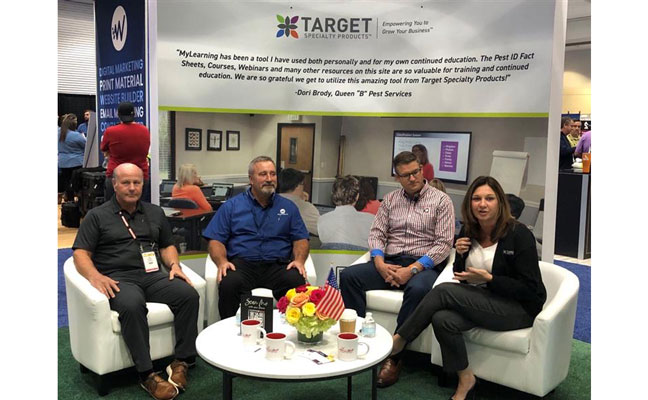 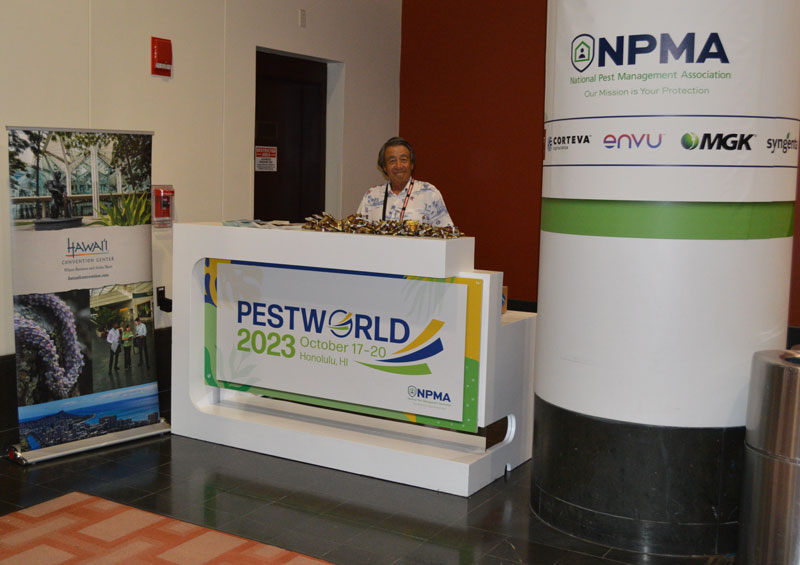 Anyone with questions about Hawaii, the location for PestWorld 2023, could learn more at an onsite information booth. 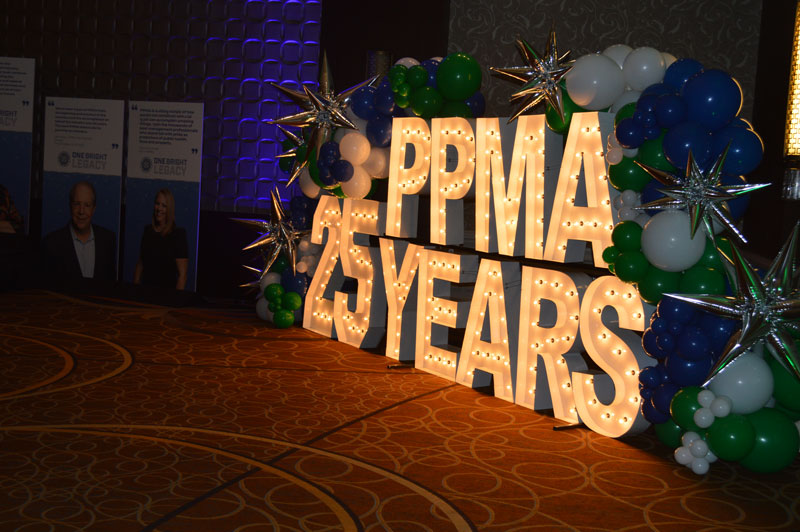 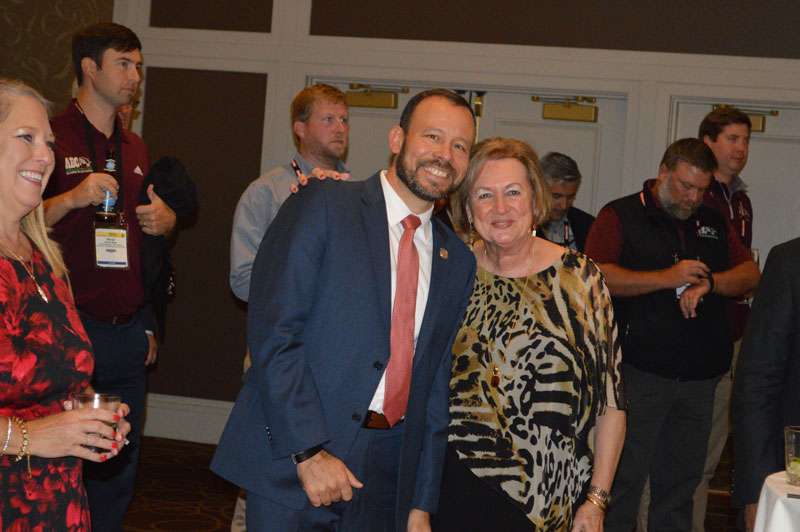 The Professional Pest Management Alliance’s (PPMA’s) incoming executive director (and PMP’s “Callback Cures” columnist), Dr. Jim Fredericks, celebrates with Cindy Mannes, who will retire from the post at the end of this year. 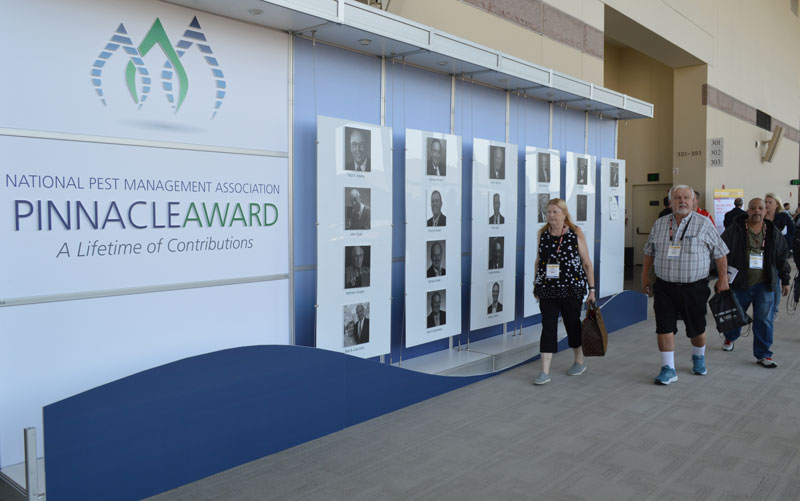 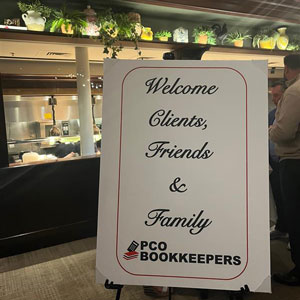 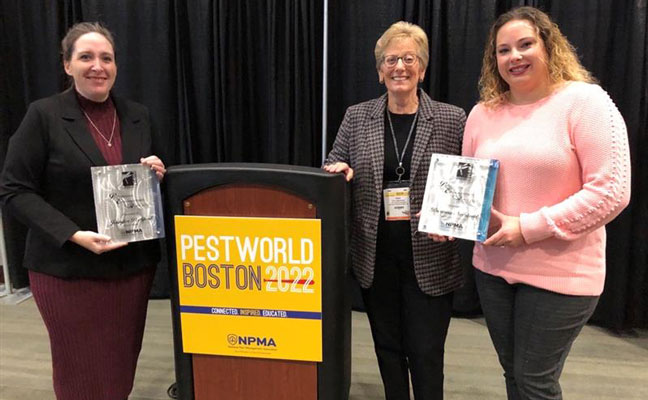 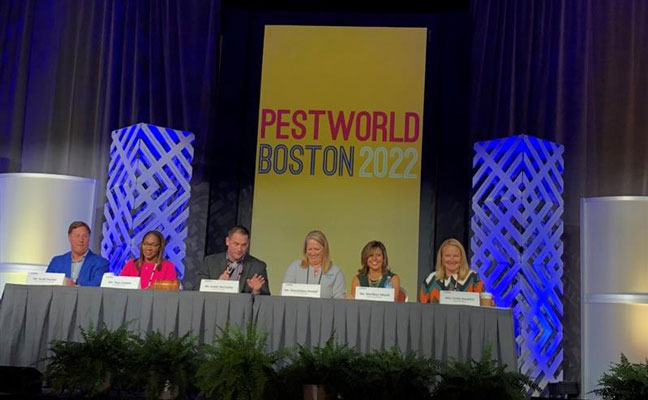 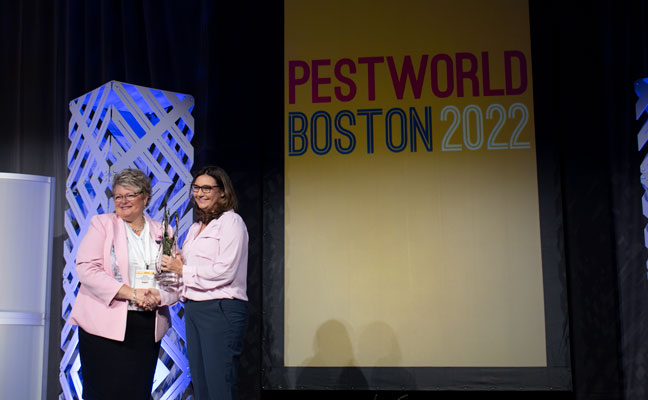 Sheila Haddad, of Bell Laboratories, was awarded the 2022 Women in Excellence award. 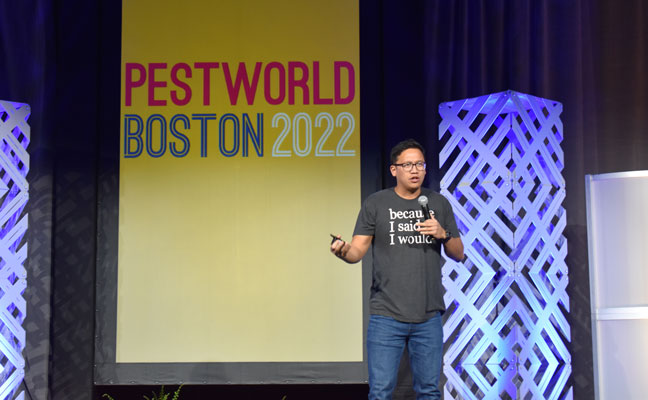 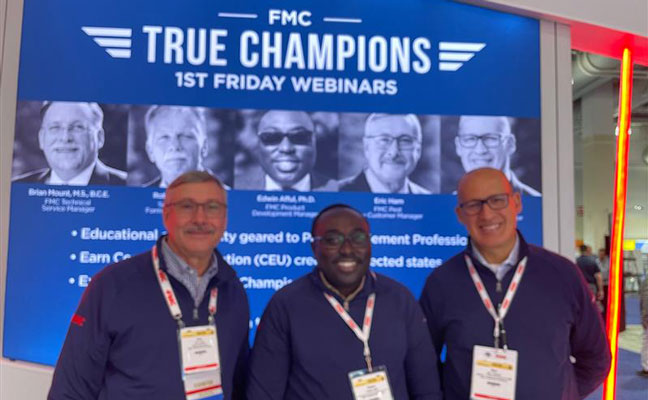 Wednesday in the FMC booth, several of the past FMC True Champions First Friday Webinar Series speakers were on hand to field technical questions from attendees. Pictured from left are Eric Ham, Dr. Edwin Afful and by Dr. Ben Hamza. 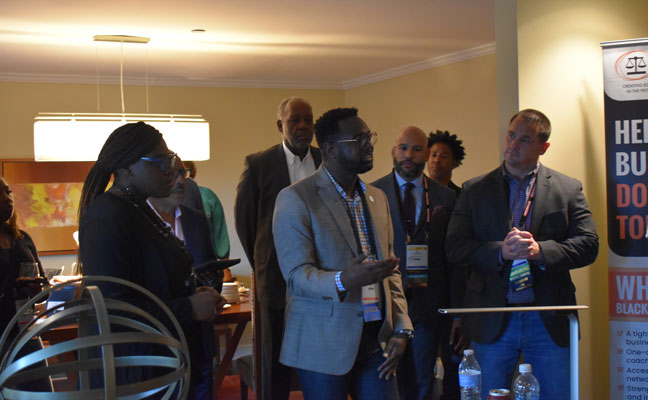 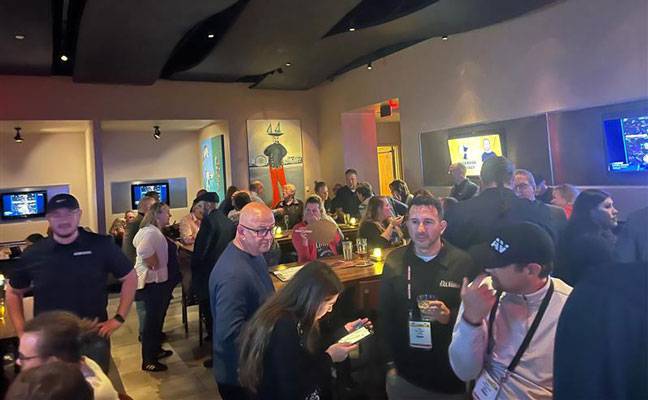 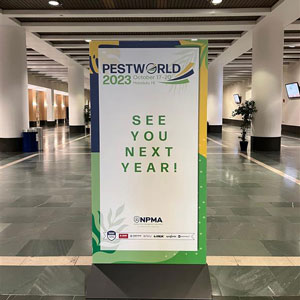