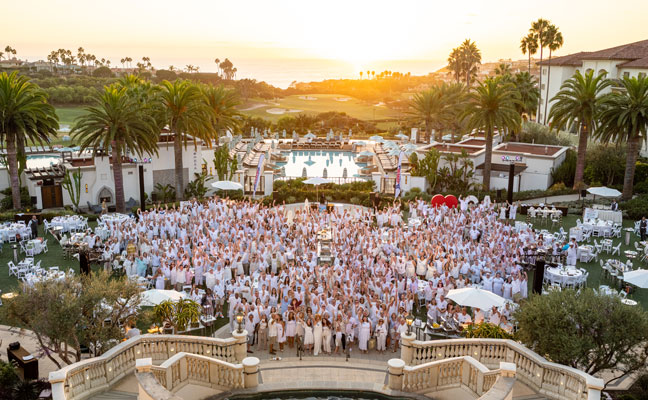 The celebration started with special dinners on Wednesday night for qualifying management team members and the President’s Club, an exclusive segment of the Premier Club who achieve even higher goals than their colleagues.

Attendees enjoyed exploring Dana Point as well as many local activities, including whale watching, touring local art museums, shopping, golfing, fishing and more. On Friday evening, Arrow Exterminators held an awards reception and banquet on the grand lawn at the Waldorf Astoria to recognize and celebrate the successes of the individual award recipients.

“It was a great honor to be able to recognize Arrow’s top-producing sales professionals and our incredible leadership team at this year’s Premier Club and Circle of Diamonds trip,” said Emily Thomas Kendrick, Arrow Exterminators’ CEO. “These rock stars played a critical role in Arrow achieving the milestone of $345 million in revenue this year, and this was a great opportunity to thank them for their hard work and commitment to excellence.”

Added Joe Thomas, chairman of the board and a Pest Management Professional Hall of Famer (Class of 2009), “We have the best sales and management teams in our industry, and I can’t think of a better destination than Dana Point to show our appreciation for their hard work and incredible success.” 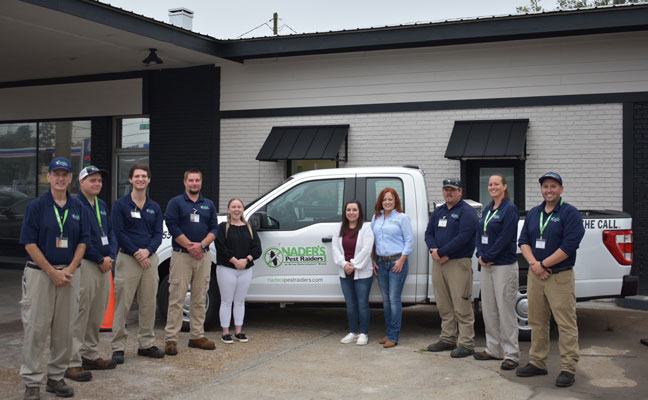 The creation of the North Jacksonville office is a direct result of the outstanding growth of the Fernandina office, one of Arrow’s larger service centers in northeast Florida. This will be Arrow’s 46th office in the state of Florida and will represent its 166th office in the United States overall.

“The Arrow Family of Brands’ presence has greatly increased in the Jacksonville, Fernandina, and Ponte Vedra markets since the merger with Nader’s Pest Raiders in 2010 and has continued to flourish,” Thomas Kendrick said.

Consistent with Arrow’s other offices in the area, this new office will operate underneath the Nader’s Pest Raiders brand.