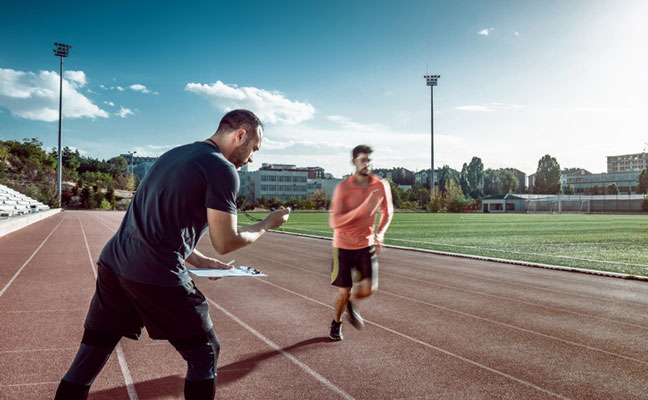 A runner needs more than just talent and physical abilities to become a professional. It’s not as simple as that. They need to be trained and guided by the right people.

The right coaching staff can make the difference between ongoing success or quick failure.

I recently read about a female professional runner who finally got accepted into a renowned training group in California. She felt this was the gift that would help elevate her to the next level. The training was harder than anything she had ever done, but she pushed through day after day. Instead of seeing incremental improvements, she faced constant injuries and her race times became slower. Finally, she quit the coaching team and assumed her career was over. But then a friend invited her to run with a group in Colorado. The coach’s plans perfectly matched what she needed, and she began to run injury-free. Running was fun again, and she began to win races.

It doesn’t matter how much skill you have, you need the right coach to bring the best out of you.

The same is true with the ways BHB Pest Elimination trains and supervises people at our pest control company. For years, our “coaching” methods were off and not bringing out the best in our technicians. We have always prided ourselves on being customer driven, so we had service managers in charge of accounts rather than technicians. While this helped to keep customers happy, it did not give us proper tools to continue to guide and coach new technicians. It limited ways in which we could see each individual technician’s strengths, progress and weaknesses. Without the right guidance, we saw our employee turnover dramatically increase.

This year, my son Zack joined the company. He knew this was the main area that needed improvement. One of his first tasks was to revise our service manager team from customer driven to employee driven. He called it the Pod System. Instead of a service manager focusing on individual accounts, their focus was on technicians. It was a simple shift, but one that made all the difference.

We were surprised how quickly the small group instantly created a team spirit. Pest control is a solitary job, mainly working on your own. Being part of a small team and sharing experiences helped everyone. Plus, having a team manager working with the same techs daily brought out the best in everyone. Already we are seeing improvements across the board in new technicians and turnover has dramatically fallen.

It is so important to get the best people with the most talent, but we also need the right coach to guide them.

Run Your Business: Getting lost