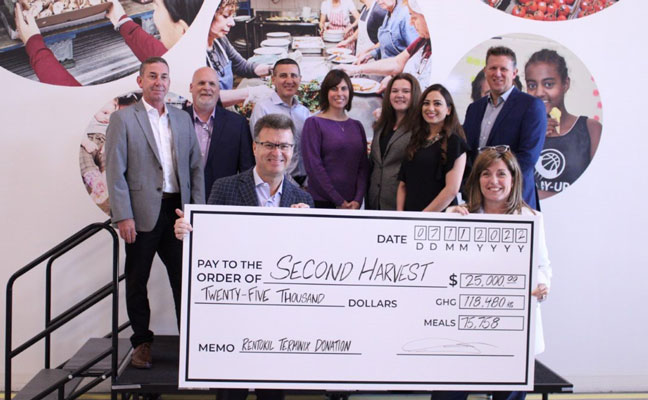 Rentokil Terminix announced the donation of $25,000 to Second Harvest to support the food rescue organization’s ongoing efforts to feed Canadians and prevent surplus edible food from ending up in landfills.

In Canada, there are 5.8 million people facing food insecurity and struggling to access nutrition. At the same time, edible, nutritious foods are being lost along the supply chain to never be eaten. According to research from Second Harvest, Canada’s largest food rescue organization, 58 percent of all food produced for Canadians is lost or wasted.

“Second Harvest is extremely grateful to Rentokil Terminix for this generous donation of $25,000,” Lori Nikkel, CEO of Second Harvest, said in the news release. “These funds will have a significant impact in our ongoing food rescue and redistribution work on behalf of non-profit organizations that support individuals and families facing food insecurity.”

“Following the acquisition of Terminix, it was important to us that we made regionalized donations to organizations taking important steps to support the health of people and the environment in line with our mission,” Steven Tsambalieros, president of Rentokil Terminix Canada, said. “Choosing Second Harvest as the recipient of this donation in Canada was an obvious choice.”