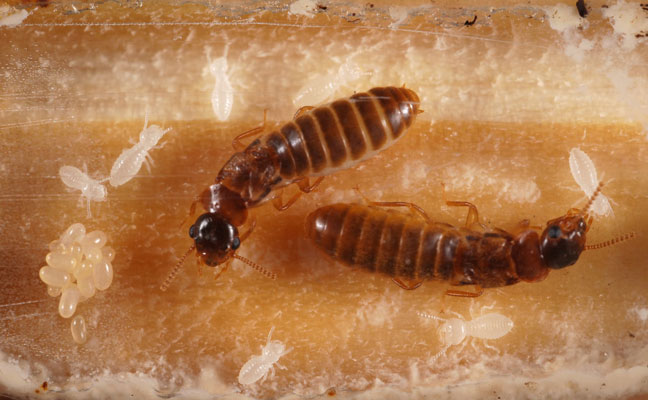 A University of Florida scientist studying the parental behaviors of termites has given a rare look into how a queen and king pair push the limits of parenthood.

The result is a look at how the queen and king work the hardest as parents during the early life of the colony, to ensure that their offspring makes it and so that they can retire from parental duties.

Dr. Thomas Chouvenc, an assistant professor of entomology at the UF/IFAS Fort Lauderdale Research and Education Center, has published new research in the Journal of Functional Ecology of the British Ecological Society. The study sheds light on an altruistic parental behavior in a destructive pest that is partially responsible for the $40 billion a year in termite damage to structures around the world.

“Scientists often think of termites as these complex societies, where the workers are taking care of everyone, including the queen and king,” Dr. Chouvenc said in the release. “This is true in developed colonies, but during colony establishment, the new queen and king are the most remarkable parents.”

Termites start a colony with two winged termites, which flew out of their initial colony, explained Dr. Chouvenc. Once they find each other, they drop their wings and isolate themselves to mate and start a new colony, he said in the release.

For the study, Dr. Chouvenc used 450 subterranean termite colonies (Coptotermes spp.) in the beginning stages of establishment. Dr. Chouvenc examined the timing of physiological changes in the queen and king during the transition from biparental to alloparental care. 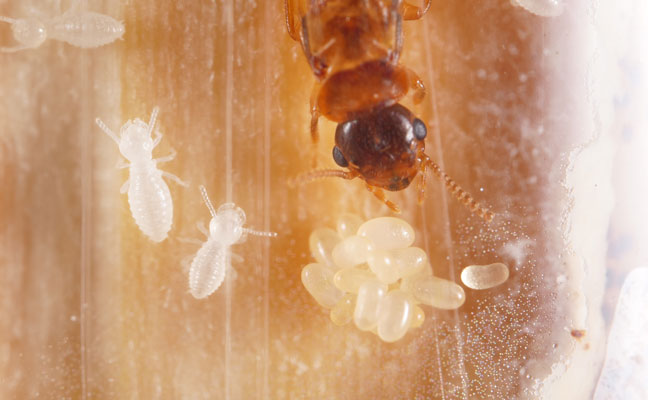 In the study, Dr. Chouvenc’s findings show that king and queen pairs take relentless care of their first brood to the point where the parents are nearly exhausted. The queen and king later shift the responsibilities to their first offspring once the children exhibit readiness, as functional workers.

This shift allows the queen and king to abandon all care duties, and focus on reproduction only, increasing worker production. This results in quick, steady colony growth.

“During this critical period, most ‘wannabe’ queens and kings fail to establish and die,” he said. “These winged termites leave their nest with limited resources and have a one-shot attempt to start a new colony. The queen and king form a life-long monogamous relationship and must rear the first few offspring on their own.”

The study also shows that the parental duties of this pair only last for a few months, explained Dr. Chouvenc. Once the first few workers are produced, the queen and king become fully dependent on them and stop caring for the newly laid eggs.

“In a way, termite royals start as the most dedicated parents, but once their first kids can take care of the next batch of eggs, they forever retire from this duty,” he said. “They only focus on producing more eggs, while the colony grows further under the care of a growing worker force.”

Dr. Chouvenc concludes that while this study highlights the importance of parental care in the emergence of insect societies, “future comparative studies among other termites and ants may reveal how such societies became dominant ecosystem engineers, over millions of years of evolution.”