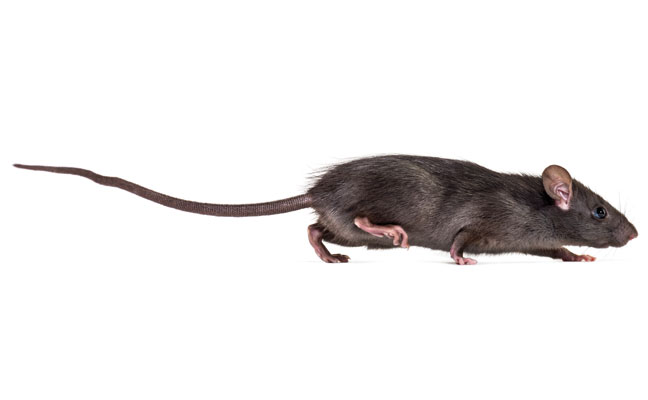 Pest Management Professional magazine (PMP): Roof rats sometimes take a back seat to the Norway rat (Rattus norvegicus), but it is a pest that is increasingly gaining attention, without a doubt. Today, we welcome the roof rat to get the inside scoop.

RR: Thank you for having me.

PMP: Many people are familiar with the Norway rat, which is not from Norway — it was only studied there. Are roof rats associated with a particular country?

RR: We likely originally hail from southeast Asia, whereas the Norway rat likely originated in farther northern parts of Asia. Because we are good at climbing, the trees in southeast Asia were more hospitable to us than the plains of Mongolia, for example.

PMP: Very interesting. Norway rats seem to get the attention, but haven’t you been in North America longer?

RR: Yes, just because we are cuter than the Norway rat, who are filthy sewer-dwelling creatures, they seem to get all the attention! We likely came to the U.S. early in the game. Some believe we were part of the early Virginia settlements in the 1600s. Norway rats didn’t make it here until sometime around the American Revolution, and likely arrived farther north.

PMP: How does a roof rat differ from a Norway rat?

RR: Well, we don’t populate areas as quickly. We occupy areas that are not as close to food sources, and we can lose out to Norway rats when food is scarce. Our tails are longer than Norway rats’ and we have darker fur with a light underbelly. Also, Norway rats are usually bigger than us, and have more blunt snouts. They are good swimmers, and we are not. If you don’t see the rat but see droppings, Norway rat droppings have rounded ends. Our droppings are pointed.

PMP: Which is more of a challenge for the technician?

RR: Norway rats can have huge populations, so they can be a challenge. But we are stealthier and can be more challenging.

PMP: What scares you about pest management?

RR: It’s not the bait and it’s not the traps. The biggest concern is the trained technician who has a keen eye for detail, takes time to understand where we are located, and only then employs one or more control measures. A good technician also manages customer expectations, but explains rodent control is not instantaneous. We can’t compete with that.

PMP: So, technicians who just place bait without inspection are…

RR: Wasting their time and the time of their customers. Baits and traps are tools, but are not the solution by themselves.

PMP: We know Norway rats are in most areas of North America. What about roof rats?

RR: In recent years, we have expanded our turf from coastal and very warm areas, to interior and cooler areas of the continent.

PMP: Is that because of climate change?

RR: No. It is because of food availability and opportunities to move about — being largely aided by humans. We also really like areas where humans have planted fruit trees in their yards. Abundant food that is less accessible to Norway rats is a good thing for us.

PMP: Do you see continued success for roof rats?

PMP: You have been a wealth of knowledge. What parting words do you have for the trained technician?

RR: Keep up with the latest tools, and use your experience with those tools.

PMP: Isn’t that sort of tipping your hand to defeat you?

RR: While you might control a few of us, we’ve been established for hundreds of years in North America. We’ll be here for a long time to come.

PMP: Thank you for your time.

RR: My pleasure. And when you get a rat call, don’t just look down. Look up, too.

2023 State of the Industry: Sunny skies on the horizon